'Predicting the Future' with Software

Although many brand owners still want to hold physical prototypes in their hands, 3D prototyping is growing in popularity because of its versatility and speed to market.

Matt Maghan, global apparel and EQ packaging designer at Nike, explained in an email to packagePRINTING that Nike implemented Esko Studio software about five months ago, to meet its 3D prototyping needs.

packagePRINTING: Has it improved your productivity?

Matt Maghan: Absolutely. Creating physical mock ups could take hours, especially if there are multiple ideations/directions. Because Studio is a plug-in for Adobe Illustrator, multiple directions/renders is as simple as turning on/off layers. My production time went from hours to minutes.

pP: Has it made a difference with the people involved in packaging approvals? Have they noticed the difference?

MM: You bet. I always get “ooh’s and ahh’s” when I fly around the structure within Illustrator. Nearly every designer I show this tool to immediately gets super pumped and wants to take it for a test drive.

pP: What are the best features about this software?

MM: I really dig how intuitive it is and because it’s a plug-in within Illustrator, it’s very simple to learn/use. I also think the best kept secret is its seamless integration with Keyshot. Keyshot allows the user to create complex scenes and elevate the overall rendering.

A couple of years ago, representatives from a tortilla chip company arrived at a meeting with Costco executives to market a pumpkin seed tortilla chip. This was not a typical product pitch, however. They were armed with 3D renderings of the packaging and a pallet filled with display boxes holding the product, as well as a physical prototype. Costco loved the look and idea of the product so much that it placed an order so large, the manufacturer was faced with a challenge to fulfill the quantity. The following year, the company had to open a new manufacturing facility just to fill its orders from the wholesale club.

‘They Need it Fast’

John Davis, creative director at Cyber Graphics, a pre-press, production and design company, explains that Costco was so excited about having a pumpkin seed tortilla chip that it placed an order, however he says that this brand owner customer likely would not have gotten the Costco order without the digital rendering and the speed to market the renderings enabled. He explains that Cyber Graphics used Creative Edge Software’s iC3D platform to create a 3D rendering on a Thursday, provided a physical prototype on Friday and the customer was ready for its meeting, renderings and prototype in hand, by the following Monday. Davis says that it’s the speed and accuracy of the iC3D design software that really sets it apart, which is what most customers look for in a media partner.

“It really is key as far as speed to market goes, it’s the No. 1 thing we hear,” he says. “They need it fast, they need the models and renderings accurate and to scale.”

When it comes to implementing design software into a workflow, Susie Stitzel, product manager — 3D Solutions at Esko, says that there are some inherent benefits to creating 3D prototypes, rather than physical ones, and speed is definitely a factor. With physical mockups, she explains, time, expense, materials and labor are required. 3D prototypes require less labor, and therefore less time to create with no physical materials, thereby reducing cost. 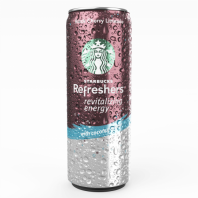 For example, Stitzel says “pack shots” are a good example of how design software can ultimately save time and money. On ecommerce sites, a product is often shown in its packaging from a variety of angles. Traditionally, the product and its packaging would have to be produced and then taken to a studio for a photo shoot and then sent for retouching. With 3D rendering, photo shoots and retouching are eliminated, and software, such as Esko’s Studio platform, can programmatically create images of the package based on what shots are needed. 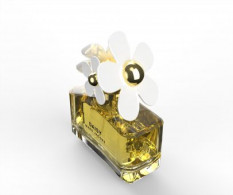 This 3D image of a perfume bottle was created using iC3D from Creative Edge. The software allows users to produce an interactive rendering that can be turned and spun to be viewed from every angle.

Not only are 3D prototypes faster and less expensive than their physical counterparts, typically the company that needs the prototype may not have the proper equipment to create a complete and accurate rendition of the final package.

Nick Gilmore, CEO of Creative Edge Software, says that one of the biggest advantages of iC3D is the ability to share ideas and collaborate via its cloud-based OPSIS facility enabled via URLs viewed on any device, using any browser. He explains that everyone involved in the packaging process can now easily interact with photo-realistic 3D prototypes, which can help make design decisions easier. The design can be changed and experimented with until a perfect prototype is reached and everyone gives the approval.

“You’ve done all those iterations of a design so many times before you’ve gotten to the final pressing of a button. … Feedback can happen much earlier in the process before you’ve gone too far down the line and spent a lot of money,” he says.

Stitzel says design software can also be used as a communication tool during the ideation and development stages. A brand owner can develop the packaging they desire and then bring it to a printer or converter and show them what they want the end product to look like.

“A lot of times they may not know, and they may not even care, how it gets produced, just ‘This is what I want,’” she says. “It’s an interesting collaborative process.”

Software Lets You ‘Predict the Future’

Design software has come a long way in terms of the ability to create realistic models and alter variables that could affect the look and feel of a package. Davis explains that a few years ago, he began beta testing Creative Edge’s software so that the company could make sure it could meet all of its needs. Over the course of the testing, Davis says Cyber Graphics was able to help improve the software’s accuracy and real world implications with its flexible model templates.

“After the beta testing period kind of subsided,” he says, “we realized that we just couldn’t live without it.”

One of the reasons the software has become so integral in the Cyber Graphics workflow process, Davis explains, is its versatility. He describes a customer that needed a water bottle but wanted to be able to predict the distortion of the shrink label that would be applied to it. Cyber Graphics was able to use the software to provide an accurate counter distorted graphic to account for the properties of the material.

“[It] allowed us to bloat the artwork to counter compensate for the shrink that happens in the tapered areas of the bottle,” he says. 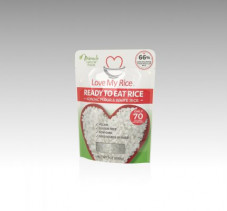 Another capability of the iC3D software is ray tracing, which is an essential element for photorealism and particularly adds authenticity when simulating different light variables that will affect the look of the packaging. Gilmore explains this capability provides “aspects of reality and true life to the product, particularly glass, liquids and metallic foils.”

An aspect of the software that brings it even more into the real world is its new “spritzing” capabilities, Gilmore explains. Spritzing can be used to create accurate condensation that can be adapted to an existing prototype. With three different library settings, the size and type of water-like droplets can be altered to achieve different looks automatically. The condensation capability, Gilmore says, eliminates the need for studio shots when visualizing the effect of cold on a bottle or can. Brands can look at their products next to their competitors’ to see how condensation will affect the look of the product, Gilmore suggests.

Prototyping capabilities using design software can also help render and visualize specialty finishing and materials, Stitzel says. With the Studio software, a printer or coverter can add foil stamping, embossing, varnishes and specialty inks to show customers their capabilities and show what a package will look like once it’s produced.

“It’s really important because you set the right expectations up front,” she says. “This technology is rendering exactly how it will behave on that particular substrate with these particular inks and finishing effects. It gives you the opportunity to basically predict the future.”

Providing an accurate model up-front also can prevent quality issues down the road. Davis says that 3D modeling can actually be used as a quality control tool to make sure that graphics won’t “disappear.”

“Quite often, designers will get graphics too wide on the face panel,” he says. “They don’t take into account the roundness of a pillow package, for instance. Quite often, they’ll have the product description way too wide on the package so you can only read the center part of the description and the first and last letters might roll around the edges, or graphics can disappear in side folds or gussets.” 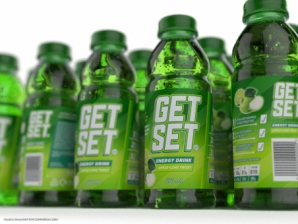 3D prototyping, like the image above created with Esko Studio software, can quickly and efficiently provide brands with a visualization of their product on shelf.

3D design software can also be used to learn more about the materials that will be used, Davis explains. Things such as the “shininess,” the thickness of the substrate or the translucency of a clear window, he says, need to be taken into account when using 3D prototyping.

Many times, when it comes to brands pitching a product to a store like in the Costco example, it’s crucial to be able to illustrate how many of the products can be placed on a shelf. Davis explains that if a store knows it has only 15˝ of space for a specific product, Cyber Graphics can show the store exactly how many products will fit in that space. Not only that, but the product’s arrangements can be reconfigured to provide multiple options for display.

“They want to know how much profit is sitting on their shelf, potential retail profit, and this software allows us to create two or three scenarios prior to a meeting,” Davis says.

Where Is 3D Headed?

Although the demand for 3D prototyping is slowly growing every year, the demand for physical prototypes is still growing at a more significant pace, Davis says. The reason, he says, is that many people still want to hold a physical prototype in their hands to see the implications of the packaging design. This, he says, may change with younger generations, such as millennials.

“I believe a lot of millennials and newer brand managers see the value of the 3D visual prior to physical prototype. … The younger generation seems to embrace the 3D technology a little more,” he says.

“It’s not going to be too long before retail grocery stores are going to become automated delivery online stores,” he says. “And when that happens, every single product is going to need a 3D rendering that is interactive.”

Stitzel doesn’t believe design software will ever completely replace all types of physical mockups though. She explains that some products with complicated packaging, such as for toys, will still need the physical prototype, but in many circumstances, she thinks it can replace a portion, if not all of the design and approval process.

“If you do 10 mockups on average, could you get rid of the first seven or eight?” she asks. “Absolutely.”

How AeroFlexx Shakes Up Flexible Packaging with an Automatic Seal