The Digital Evolution of Finishing and Embellishment 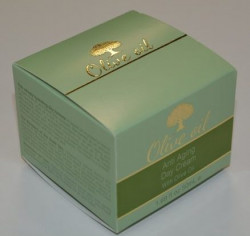 Digital embellishments from MGI equipment can provide foiling effects on packaging, such as in the example above. Image courtesy of MGI.

As digital printing has expanded the creative aspects of packaging design, digital technology on the finishing side has not been adopted as quickly. While the advantages of implementing a digital end-to-end workflow have been established, in many instances, printers and converters have gradually digitized their operations, beginning with their printing.

“What’s happened is that people have thought about printing first — digital printing,” explains Steve Leibin, president of Matik, a West Hartford, Conn.-based distributor of a variety of European printing and converting equipment, including the laser cutting systems from Italian company SEI Laser.

One reason many package printers have continued to stick with traditional finishing methods, even while experimenting on the print side, is the speed. While digital finishing can add elements such as varnishes, foils, or textures that are as variable and personalized as the printed messages, the reality is that the, at times, incredibly high volumes packaging requires makes digital impractical — for now at least.

“Embellishment is something everyone loves,” says Marco Boer, VP of I.T. Strategies, a consulting firm serving digital print equipment vendors. “It makes print pop, makes it stand out. But historically, the problem is that it requires a lot of setup time, so the notion you can do this digitally makes a lot of sense.”

That said, he notes most applications don’t just want a single embellishment. For example, a single high-end package might feature a soft touch varnish, a spot high-gloss varnish, and a spot-raised varnish all on the same piece. Conventionally, that is difficult enough, trying to fit everything into an in-line process that is both efficient and cost-effective. But, Boer says, while digital finishing offers a way to get all those embellishments into a single run, it’s not without its own challenges, which is why he says it has been slow to penetrate the packaging space.

“The real cost is in the fluids,” he notes. “The image is created by doing a raised profile, but you have to build that layer, and it could take 20 to 50 times more than a standard graphic color image to produce. That fluid cost is not inconsequential. And, if you are digitally jetting the fluids, they have to be low viscosity, which means it takes a lot of passes to build it up, so it is relatively slow compared to the printing.”

For high-speed packaging runs, digital finishing might be a hard sell, Boer says. However, that doesn’t mean the current digital finishing options are completely out of reach for package printers looking to start expanding their services.

“You could do it for specialty or one-offs,” he says, “Or exclusive versions — all of that is of great value. And often, you will find the brand commissioning the specialty packaging is willing to pay $4 or more for that box. That works fine when selling that high-end item for $60; $4 to a box, no problem. But if they are selling soap for $12, they can’t afford that kind of packaging cost.”

Jack Noonan, marketing manager for MGI, a manufacturer of a variety of digital embellishment systems, notes, however, that the gap between the speed and possibilities of digital and conventional finishing is narrowing. He points out that for traditional finishing processes, such as foil stamping, it’s not just the speed of the equipment to consider, but the speed and cost to design the look, create the dies, prototype the package, and only then get it into production.

With digital, “you can get to market more quickly and more effectively, with a wider variety of versions and options for brands to connect,” Noonan says. “They can have rapid prototyping and instant proofing, so digital finishing is not just adding value with more complex and interactive designs, it is also allowing package printers and converters to take a more advisory approach to working with brands.” 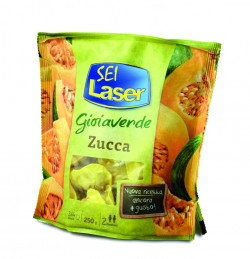 SEI Laser produces a variety of digital finishing equipment based on its laser technology. The package above was finished using the SEI Laser Packmaster. Image courtesy of SEI Laser.

Noonan points out that unlike with conventional finishing, where each effect or embellishment would need to have its own pass through its own specialized equipment, with digital, it is possible to integrate everything into a single pass. That one pass might take a bit longer to produce than any one single conventional option, but the question package printers need to start asking is if the combined time for all the effects is shorter or longer with a digital option.

At the same time, digital finishing equipment is getting faster. While Noonan notes that traditionally package printers think of “digital” as equating to “short run,” the reality is that short doesn’t mean less than 500 anymore. One example he points to is the cover tip that was featured on the May/June issue of Packaging Impressions, which featured digital embellishments produced on an MGI JETvarnish 3D.

Leibin points out that the definition of short run can also depend on the packaging segment.

“Label and folding carton are different,” he notes as one example. “Label traditionally has been less than 10,000-foot runs, where folding cartons were less than 5,000 sheets.”

He has observed that the narrow web market was the first to really adopt digital printing, and, he says, it is also the first packaging segment more readily experimenting with digital finishing.

The Leap of Faith

Leibin stresses that before making any investments or changes — digital or otherwise — package printers should stop and take a hard look at their operations. “They need to look at their business and their processes currently, and what their workflow is [right now]. Then figure out how to separate and streamline [each individual component.]”

He says digital finishing is not going to completely overtake conventional processes — at least not anytime soon — any more than digital printing will completely edge out the technologies package printers and converters have been using for decades. That said, he does note that operations incorporating digital lines into their mix should very strongly look at ways they can transform that side of the business into a completely digital workflow from end-to-end to see the most efficiency and benefits.

Noonan points out that research is likely going to be the single best tool package printers can avail themselves of. “Talk to manufacturers and vendors,” he says. “Explore the trade associations. Research the articles. Find someone who has some experience and establish a mentoring relationship, which could be a business partnership or even an outsourcing relationship. Test the waters with your customer base.”

Boer explains that taking the slow approach isn’t a bad idea. He notes that the very large converters won’t hesitate to buy one of every piece of equipment out there, willing to take the risks to see what works and what ultimately doesn’t. Others, he says, will be what he calls “consolidators,” those who buy the digital finishing options and then “market the heck out of them” to build a new line of business. For the average package printer, however, he suggests a two-fold approach.

First, he says, many packaging designers may not fully grasp the design possibilities that embellishments provide, and how to take advantage of the new technologies.

“There is a learning curve, so instruct them on how to build the varnish,” he says.

Boer recommends that package printers position themselves as the go-to source for knowledge about how brands can benefit from new finishing and embellishment techniques, developing a relationship where digital finishing can be an attractive option.

Second, Boer encourages package printers to start taking the jobs that require some form of digital finishing, and then outsource it to one of those aforementioned consolidators, at least at first. Then, when there is enough volume to justify bringing it in-house, don’t be afraid to start small.

While digital finishing won’t transform the industry overnight, it is well-positioned to be a harbinger of change as the industry moves into the next decade. Digital printing is already changing the way brands and consumers think about their packaging design — digital finishing will be the next step forward in creating truly unique experiences for the mass market.

Toni McQuilken is the senior editor for the printing and packaging group.

Converters Finesse the Finish with the Best Solutions for Digital Packaging