The following article was originally published on the PRINTING United Journal.

Here’s an astounding fact: More information has been produced in the last 30 years than during the previous 5,000. Additionally, a weekday edition of The New York Times contains more information than the average person in 17th Century England encountered in a lifetime. When we look at mass media and how knowledge and information have been shared over the years, it all began with the printed page via the printing press. Then came recordings, followed by cinema and the movies, radio, television, and the relatively new medium — at least when compared to the others — the internet.  Then there’s mobile, the latest mass medium. Mobile is the most powerful medium in that it:

Printers can take advantage of this power and come up with innovative ways to drive print to mobile.

Sometimes when we think about print and digital content, it’s viewed as a competition, but it isn’t. One of the great things about print is that study after study among all demographics shows that print is still the most trusted medium. Combining print with digital content can take that trusted aspect of print to another level, and make it even more engaging and interactive. One way to do this is by leveraging augmented reality (AR) to make that trusted connection between print and digital.

What is Augmented Reality? 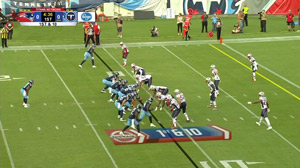 AR overlays real life with relevant, computer-generated information. A familiar example of AR is how it’s used in sports. When watching a football game on TV not so long ago, there were the players on the field and not much else. Today, each play is superimposed over live action with relevant computer-generated information. The score is always known, along with which down and the yards to go to get the first down. The overlay of useful information is an example of AR.

How AR Works with Print

AR can be grouped into a few categories, which are are based on the trigger. The trigger is the mechanism that, along with an app, makes AR happen. AR can use geolocation as a trigger. Another trigger can be a printed image. Other examples of AR include natural feature tracking, like the surface of a flat plane, such as a desk, and model-based tracking that tracks the contours of a person’s face.

When using print, a printed image is the trigger. Using an app with the camera on a smartphone, a connection is made to retrieve the digital information via an internet connection. The printed image is a reference point for what is displayed on the mobile device.

When it comes to what can be used when leveraging AR in print, the answer is just about any digital content, some of which you may not be familiar with. Let’s assume you’re working with a marketer who is handling a campaign for a company that manufactures sporty motorcycles and wants a printed brochure. What can you offer to extend the trust and value of print with AR? Here are some examples: 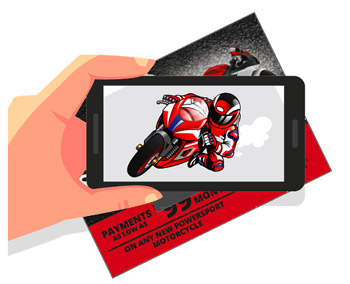 The ideas are only limited to your imagination, and more importantly, what you can help clients visualize when you talk about AR and print.

Now that you know what AR is and how it can be incorporated with print, watch out for my next post where we’ll explore how to sell AR, the kinds of questions you should be asking your client, and how to price it.

Joseph Marin is the senior VP of education and training for PRINTING United Alliance.

Augmented Reality and the Evolution of Print

Morton Salt Redesigns an Iconic Package with an AR Twist