The packaging and consumer packaged goods industries are mourning the loss of thought leader, industry steward, and philanthropist Howard T. Kaneff. At the time of this writing, hundreds from the packaging and printing industries and the brands they support responded to a social media post by son Mitchell Kaneff sadly acknowledging the passing of his beloved father, Howard. 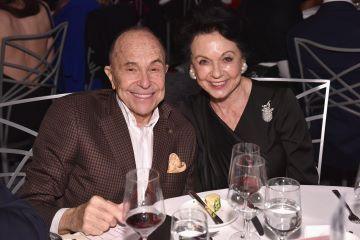 The heartfelt post describes Howard as “more than a father, more than the man who ran Arkay for so many years, more than my best friend and mentor — he was my hero.” Mitchell is not alone in his adoration. Alicia M De Lalio, director of global corporate development at Estée Lauder, was one of the hundreds who responded to Mitchell’s post. De Lalio wrote, “Your father was an amazing man.” Heather Fink, founder and CEO of The Sexiest Beauty, described Howard as “a man of epic talent and love for his family.” Bill Guthrie, semi-retired but whose more than 35 years as a converting and finishing manager included a converting manager role at Arkay Packaging, remembered Howard’s professional generosity, stating, “Your dad knew folding cartons and shared his knowledge with everyone.”

Howard inherited Ar-Kay Printing from his father, Max, who emigrated from Ukraine. In a video narrated by Mitchell — Arkay’s Legacy: A Remarkable 100 Years  — Mitchell credits his grandfather Max for recognizing the need for printed packaging products and father Howard for fully steering the business to packaging in the 1950s, long before convergence between commercial and packaging printers were a trend. Mitchell also describes how Howard brought creativity and innovation to what was now Arkay Packaging Corporation by staying ahead of printing technologies, including lithography, letterpress, hot stamping, bronzing, and value-added finishing, to make their printed packaging “true works of art.”

The technologies that Arkay developed or pioneered the use of, under Howard’s leadership ranged from prepress to finishing. In the 1970s, Arkay pioneered the use of computer die outlines for carton artwork and die-making production in the United States. Arkay also was at the forefront of printed packaging proofing by setting lighting booths for both its customers and staff to make more accurate color comparisons. In the 1980s, Arkay systemized and standardized printing and drying equipment for inks and coatings. It also developed mass production print reproduction methods for silk screening folding cartons, eliminated hand labor in setting up diecutting machines and its associated costs by leveraging mechanical counters and laser die boards, and began offering in-house film lamination.

In other words or, more specifically, in the words of Shari Ben-Ishay, president of Strategic Beauty Group, Howard was “a brilliant man and a mensch.”

Howard T. Kaneff was a father to Mitchell Kaneff and Viviane Kaneff; grandfather to Alex Harrow, Dan Harrow (Ari), Josh Kaneff, and Max Kaneff; great grandfather to Dash Harrow; and husband for 60 years to Cherry Pepper (d. 2018); when Howard passed on August 10, 2022, at the age of 91. Howard was born on February 10, 1931, in New York City, and Howard’s legacy will continue with his family and the industry he also loved.