Governor Gavin Newsom has signed what the National Stewardship Action Council has deemed to be the strongest extended producer responsibility legislation in the U.S. SB 54 not only requires that all packaging in the state be recyclable or compostable by 2032 but demands that the plastics industry pay $5 billion over the next decade to remediate plastic pollution. 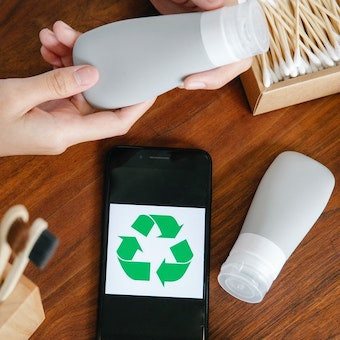 In a written statement celebrating the action, Heidi Sanborn, Executive director of the National Stewardship Action Council (NSAC), deemed the new law “Extended Producer Responsibility (EPR) 3.0 +.” The same statement noted that the new law “was the result of months of negotiations between industry leaders and environmental organizations, including the NSAC, Oceana, Ocean Conservancy, and The Nature Conservancy. Additionally, CalChamber, local governments, waste haulers such as WM and Republic Services, as well as other industry groups such as the Biodegradable Packaging Institute, were also at the negotiating table.”

The same statement quotes David Stitzhal, NSAC Board president and president of Full Circle Environmental, saying, “SB 54 assigns responsibility and accountability to product manufacturers, those in the best position to make design changes that safeguard our collective future. When combined with major headway in establishing reuse targets and protections for disadvantaged communities, this bill represents a watershed moment in U.S. environmental policy.” Beyond the remark about local governments and waste haulers having a seat at the negotiating table, there was no mention in the statement of the role that municipalities need to play in ensuring the circularity of plastic packaging.

In a statement released by the Office of Governor Newsom, Assemblywoman Luz Rivas celebrated the passing of SB 54, saying, “We now have one of the strongest plastics reduction laws in the nation. I feel proud to have jointly authored SB 54.”

Senator Ben Allen said, “California was able to show that we can pass strong environmental legislation with bipartisan support that brought together the environmental and business communities. ... With this new law, California continues its tradition of global environmental leadership — tackling a major problem in a way that will grow markets in sustainable innovations, create incentives for investment, and set the stage for partnership with other states and countries on these issues.”

EPRs have steadily grown in popularity as proponents of the legislation argue that more stringent measures are necessary to reduce plastic pollution. Now more than ever, packaging converters, printers, and CPG manufacturers need to prioritize telling their sustainability story on pack and use tools such as the How2Recycle labeling system to ensure that consumers and governments understand the scope of recycling options available and to help eliminate excuses from municipalities that put the sustainability burden onto producers but don’t invest in optimizing their own waste collections and recovery systems.