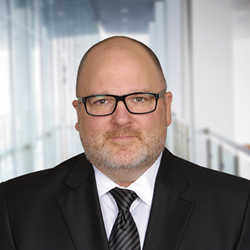 Gillis previously served as the VP of Sales & general manager for Anderson & Vreeland and Provident. His expanded management role will now include the Marketing, Manufacturing, Converting, Logistics, and Procurement teams.

“Andy’s leadership over the past eight years has served our companies well and we look forward to his continued positive impact. His leadership style and genuine care for others are both inspiring and refreshing to watch,” said Lyon.

In his new position, Gillis will implement the strategic direction that further positions Anderson & Vreeland Inc. as the market leader in the flexographic printing and packaging industry. He will oversee business operations across nine North American facilities, strengthening the company's workflow and team/client relationships.

“I’m excited to confront the new challenges of this role head-on,” said Gillis. “I look forward to working closely with my teammates in other departments while driving an inclusive culture and overall growth for the company.”