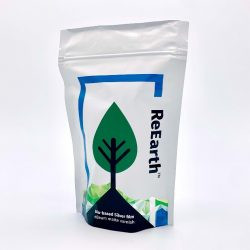 S-One Labels & Packaging recently announced that five of its ReEarth bio-based films have earned BioPreferred certification from the US Department of Agriculture (USDA).

The USDA BioPreferred certification means that these ReEarth films contain bio-based contents that have been third-party tested at independent laboratories and can display the USDA Certified Biobased Product label. The certification makes it easier for consumers to identify biobased products.

The ReEarth films contain up to 92% USDA-certified bio-based content, falling well above the minimum 25% threshold for films and packaging products to earn the BioPreferred designation. The certification applies to ReEarth films in gauges ranging from 1.9 mil to 3.4 mil in white, silver, and clear finishes.

ReEarth is S-OneLP’s line of bio-based prelaminated flexible packaging films. ReEarth is made from raw materials that allow for the quickest municipal or industrial compostability. All components of ReEarth laminated films are either BPI certified or have passed ASTM D6400 testing as commercially compostable materials.

In addition to the BioPreferred certification, S-OneLP is pleased to announce that a fully formed ReEarth pouch has passed ASTM D6400 testing for municipal or industrial composting. While all components that make ReEarth films have already met this standard for compostability, S-OneLP went further to test and certify a real-world example of a flexible packaging pouch. The structure passed ASTM D6400 with flying colors.

The product that passed ASTM D6400 testing was a laminated stand-up pouch made with ReEarth 3.4 mil metalized film. The package was primed with Michelman DigiPrime 050, printed on an HP Indigo press, finished with S-OneLP’s CatPak matte eBeam overprint varnish, and formed into a stand-up pouch. After 84 days in industrial conditions, the pouch successfully composted, meaning it disintegrated, biodegraded, passed chemical analysis and the resulting compost allowed plants to grow successfully.

“The components of our popular ReEarth films had already met the standard for municipal or industrial composting, but S-OneLP went above and beyond testing the roll stock to ensure that an entire pouch construction made from our ReEarth film passed the test,” said Dan Halkyard, Director of New Product Development at S-OneLP. “Passing the rigorous ASTM D6400 testing with such great results gives our customers, and the brands they work with, access to earth digestible sustainable packaging, and the comfort of knowing that their flexible packaging can be commercially composted.”

Tom Hauenstein, VP of sales for S-OneLP, said, “Together with our line of ReTreve recyclable films, we are proud to bring the ReEarth line to market to give converters, brands, and consumers more options for sustainable packaging. These achievements underscore our commitment to sustainability at every level of packaging production.”

The New Shape of Label Production

Award Winner Is Sweet Example of the Power of Print

It's All About Shelf Life!