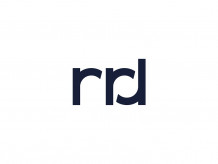 R.R. Donnelley & Sons Company announced the receipt of an update to the unsolicited non-binding "Alternative Acquisition Proposal" (as defined in the Company’s previously announced definitive merger agreement with affiliates of Chatham Asset Management, LLC, dated as of December 14, 2021), received from the Strategic Party on December 27, 2021.

The Company does not intend to disclose developments with respect to this process unless and until it determines it is appropriate to do so, subject to the terms of the Chatham Merger Agreement.

Why It’s Still a Good Time to Buy/Sell