Meyers Commits to All Carbon-Free Electricity by End of 2021 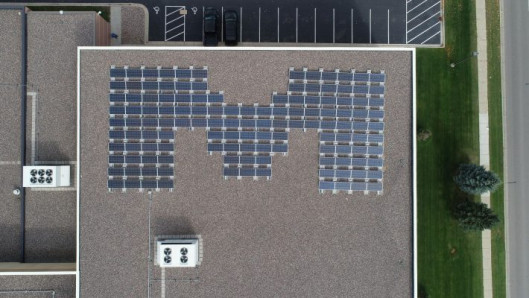 Meyers, a premier manufacturer and expert design studio for printed signage, labels, product packaging, retail displays and more, announced that it has committed to obtaining all its electricity from carbon-free sources by the end of 2021. By committing to use only carbon-free energy sources for electricity, Meyers is dramatically reducing its carbon emissions.

Mike Lane, CEO at Meyers, said “Brands and retailers are more focused on sustainability than ever before. Sustainability has become a mantra that drives consumer behavior. And, we’re proud to serve customers and partners that are similarly committed to safeguarding our collective future by heeding the scientific community’s warnings and calls to action. This means everything from using 100% post-consumer waste (PCW) materials to reducing their carbon footprint, including the carbon footprint of their entire supply chain.”

Meyers believes the commitment to carbon-free electricity is the best response to the scientific consensus that carbon emissions need to be greatly and urgently reduced. Meyers also concludes there is a broad agreement among experts that failing to address these issues in a timely manner will come with a significant cost in terms of loss of life, reduced quality of living, as well as economic costs.

Dave McConnon, Chief Operating Officer at Meyers said “Carbon offsets, like planting trees, are very helpful in confronting these issues over a longer period. Using carbon-free energy, in contrast, helps address these issues immediately. Many people don’t realize the environmentally friendly UV inks, used by Meyers and other modern printers, require large amounts of electricity during our production processes. Our transition to using carbon-free electricity will have a substantial impact as our electricity usage is equivalent to over 650 average American homes.”

This commitment is part of a broader set of sustainability initiatives at Meyers, which include a focus on responsibly sourced stock materials, plant-based alternatives to products commonly produced with plastic, waste reduction and more.

“Companies are often forced to choose between doing the right thing for sustainability and offering cost-effective solutions,” said Chris Dillon, President at Meyers. “We realized this could be done so efficiently that it might even lower our long-term costs. As a result, our customers won’t see any price increases as we move ahead with this plan.”

To fulfill this commitment, Meyers will continue to expand solar panel usage at its headquarters, in addition to joining programs that provide carbon-free electricity through Xcel Energy. Today, more than 50% of Meyers’ electricity comes from carbon-free sources. Soon, Meyers will reach 100%.

The Sustainable Evolution of Packaging

Compostable Coffee Packaging is a Sustainability Success for TC Transcontinental