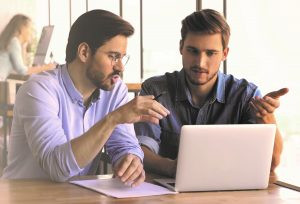 With today’s brands and packaging suppliers facing a catalog of potentially crippling challenges, Esko has developed its latest software innovations specifically to make it easier for people and processes to connect, automate operations, and drive operational improvements.

“From the energy crisis and the erosion of margins to material shortages and labor and skills deficits, we know there are many significant challenges for businesses today,” said Jan De Roeck, Esko Director of Marketing, Industry Relations and Strategy. “The role of technology and innovation is key in surmounting these challenges. It is now imperative that companies review their current business operations and identify areas where they can make meaningful improvements and drive operational efficiencies in order that they not only survive but thrive.”

It is in this climate that Esko has developed its software version 22.11, bringing to market new technological developments that will advance the industry, helping businesses form a foundation to identify waste, mitigate risk and optimize opportunity while preparing for the predicted megatrends of 2023.

Esko Release 22.11 includes a host of new features, including:

“Our key focus with this latest software release is to deliver technology that makes it easier for packaging companies to connect its people and processes, to access data, automate operations and to drive operational efficiency,” said Jan. “Our new Dynamic Subscriptions, for example, are assigned to a group of individuals, rather than one single user. When logging on, each user - wherever they may be based - is simply assigned an available license, provided there are licenses available in the group. When the user ends their session, this license is immediately released back to the group, enabling continuous, uninterrupted access and potentially 24/7 operation without the excessive costs of individual licenses for all.

Following the recent acquisition of Tilia Labs, Esko is also delivering on the need of brand owners and converters to connect and integrate the entire value chain through upstream digitalization. “Tilia Labs’ tilia Phoenix solution has now been integrated with Esko Automation Engine,” said Jan. “Featuring intelligent algorithms for sheet layout, estimation and planning, this underlines our commitment to delivering integrated software and hardware solutions that accelerate the go-to-market process for consumer packaged goods. We are filling the gap between converters and brand owners by providing tools to help the converters do the job better, faster and more efficiently.”

Jan said the new Esko Release 22.11 will be available for all Esko software customers from Wednesday, Nov. 9, before a live webinar event on Tuesday, Nov. 22 examines the new features in depth. “We will take a detailed look at the megatrends set to land in 2023, the issues the industry is likely to face and the challenges and opportunities these will present to businesses,” he said. “Our product experts and customers will share compelling presentations and demonstrations on the role innovation and technology has to play, diving into key topics and showcasing how businesses can advance their digital transformation journey and ultimately build a more sustainable future.”