1. Color management: A graphic that a package printer produces — even two months later, for example — needs to be accurate and consistent in color since the packaging from different runs could be placed on the same shelf. The pain of precision in repeatability in print quality is more stringent in packaging.

4. When to buy new equipment and when to outsource: Commercial printers will need to see what additional equipment they will need to purchase, if any. Prepress is a crucial part to the workflow. If a printer does not have diecutting and folding and gluing equipment for folding cartons or prepress capabilities in-house, then they should consider outsourcing.

5. Training sales staff: Sales staff will need training to be able to support the addition of packaging.

6. Training a workforce: Folding, gluing, diecutting, stacking and stripping is different in packaging than it is in commercial printing, so training is key.

As package printers are well aware, the packaging segment of the printing industry is one of consistent growth. Meanwhile, many commercial printers that have either found their growth at a plateau, or even on a decline, have caught onto this trend and are looking into adding packaging services to their repertoires. At first glance, this may look like cause for concern for package printers but, in most cases, commercial printers venturing into packaging are not providing a direct threat to traditional converters, and can even become a partner.

According to Kevin Karstedt, CEO of Karstedt Partners, the folding carton market is a good place to start for commercial printers because it relies mostly on sheetfed offset printing. But before a printer can go ahead and add packaging work to an offset press, Karstedt says it’s important for them to assess whether their current equipment is up to the challenge.

“If a commercial printer only has a four-color press, they’re going to be challenged for producing packaging, unless they can produce work that is CMYK oriented, and there are no special colors or corporate colors,” Karstedt says. “Some of the older sheetfed presses also don’t handle paperboard very well, so if they can’t handle paperboard they’re not going to be able to produce folding cartons.”

Karstedt adds that printers should determine if their diecutting equipment can be used for folding cartons, and if they have the prepress capabilities in-house to be able to do prepress for packaging.

“If printers don’t have these capabilities, they should look to outsourcing that work to companies that are local to them and establish a relationship,” Karstedt explains. “Work like diecutting, folding and gluing, embossing and foil stamping, if not completed in-house, can be outsourced.”

As part of his consulting work, Karstedt says he holds “voice of the customer” meetings, in which he talks to commercial printers interested in packaging to learn first hand about their interest in the label or folding carton markets.

He explains that the two main drivers for commercial printers to seek out opportunities in packaging are that it can provide an additional source of revenue and that if they already serve small or boutique brands, it can serve as an opportunity to enter the market. If a printer is doing commercial work for a client in need of packaging, by adding these capabilities it can bring that work in-house.

“Commercial printers are looking for ways to strengthen their product offerings and their bottom lines; packaging may be a way to do that,” he explains. “Another reason to consider packaging is the growth in small business, for example, with the recent surge of microbreweries and small wineries.”

One example of a commercial printer that has added a substantial portion of packaging to its mix of services is The OTC Group, headquartered in London, Ontario. According to Adam Egan, VP of high-performance packaging, entering the packaging segment seemed like the next logical move for the company since it needed to fill in work on its press during the slower periods. Today, package printing accounts for about 30% of the work that the company produces, specializing in short runs.

Additionally, with its short-run capabilities, Egan says The OTC Group has partnered with traditional folding carton printers that are not as well-positioned for short runs.

“We’ve worked a lot with other folding carton manufacturers producing short-run orders for them,” he says. “By developing these relationships, we were able to leverage that to take on a lot of their short-run work that was costing them money to actually produce. There’s a niche there that we’re able to work with.”

The vast majority of the packaging work The OTC Group produces is printed on its five Xerox iGen digital presses, and Egan says the company plans to onboard several more printing units. Additionally, he states the company has two coating machines, three gluers and two diecutters.

When entering the packaging market from the commercial world, Egan explains that The OTC Group encountered a few challenges, ranging from substrate issues to catching print errors.

“You’re not printing on paper anymore, you’re printing on box board,” he says. “So there’s the whole finishing element, which is different. I wouldn’t say it’s harder, but it’s different than bindery services. The other things are mistakes, which can become costly. If there’s an error in running a job, and it makes its way through the plant, it will cost a company a lot more than what would have happened in the same sort of scenario in the commercial printing world.” 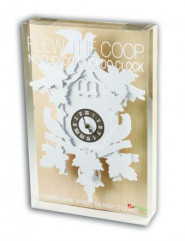 When first considering the package printing market, Todd Meissner, president of Color Ink, says the company needed to learn what was needed to design a package and the infrastructure that would be required to accomplish that.

“We asked ourselves how we could design a folding carton from a structural standpoint to get the best yield on paper,” he recalls. “And how we could automate every part of the process — to be able to print efficiently, diecut and then scrap, fold and glue that carton efficiently. We also needed to invest in training our people in package design — the structural and graphic aspect of it.”

Shorter runs are produced on a Fujifilm J Press 720S sheetfed inkjet press, along with a five-color Ryobi 755 press with UV coater.

“What we’re seeing is that digital printing processes are really being used much more than they were before, at least with our customers,” Meissner says. “For short-run cartons, it’s very cost-effective to be able to print digitally, so we’re printing a lot of packaging digitally.”

While many commercial printers have actively sought out opportunities in packaging, Asheville, N.C.-based BP Solutions Group originally entered the packaging space in 2005 at the request of one of its commercial customers. Packaging now comprises 35% of its printing mix, and VP Scott Cotten expects to see that number increase.

Cotten explains that when BP Solutions Group first entered the packaging market, one of the biggest challenges the company faced was finding packaging expertise to bring in-house. Coming from the commercial world, he says the company did not anticipate the additional knowledge required to produce packaging.

“The cost of the equipment was the first thing we considered when looking for equipment, but looking back, the first thing we should have considered was the knowledge and experience needed to produce the packaging,” he recalls. “There’s an awful lot of knowledge and experience that goes into diecutting and folding and gluing that is not immediately apparent to a commercial printer when you’re getting into the business.” 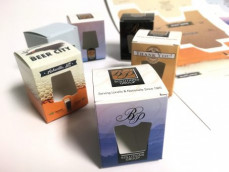 At first, BP Solutions Group was using a standard commercial press for packaging, but as it took on additional packaging work, the company found that the press was prone to marking when heavy-weight boards were used. The company added a Heidelberg Speedmaster CD 74 press that was designed to run heavy-weight paper board. For creating prototypes, the company uses a Xerox iGen 4 digital press.

Cotten explains that when making an entry into packaging, it can be beneficial to network with companies that are already experienced in the space. As long as they’re not competing directly, many package printers will be happy to spread their knowledge to the commercial world.

“The easiest way I’ve found to do that over the last couple years is to go to the Digital Packaging Summit produced by NAPCO Media (parent company of packagePRINTING) at Ponte Vedra Inn & Club in Ponte Vedra Beach, Fla.,” Cotten says. “I’ve made friends with several printers from across the U.S. that would never compete with us. They asked if I would like to visit their facility for a few days and visit their production areas to learn how they handle the production on the package printing end.”

Julie Greenbaum is a contributor to Printing Impressions.

Tooling in Focus at First BOBST U.S. Roadshow of 2023