Finding opportunity in specialty markets and short runs, many commercial printers are entering the packaging space. 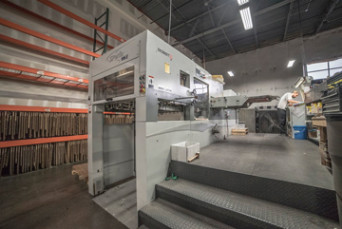 Aspen Press and Packaging started as a commercial printer, but has since added a packaging division.

Though many commercial printers have actively sought out a position in the packaging space to boost their business, others have found these opportunities come right to their doors.

“A lot of times, you get forced into niches,” says Tom Gibbs, VP of Multi-Craft, a commercial printing business in Newport, Ky. “We had some select customers who wanted to do sample runs.”

So, rather than go to a nearby package printer, they asked Multi-Craft if it could print some sale samples. That catapulted the company into printing short-run packaging about 15 years ago.

“We’re not competing against the larger companies that handle millions and millions of boxes,” Gibbs explains, “but we do short-run work more efficiently because the big companies don’t want to set up their equipment for smaller runs.”

Multi-Craft runs a Bobst diecutter and a gluer from B&R Moll and plans to add a new large-format inkjet printer and a Kongsberg cutting table to allow the company to do dielines and markups in-house. It will also likely increase the role packaging plays in the overall business, which is currently a steady 5%.

“We’ve started telling a few select customers about the new equipment, and they are really excited about it,” Gibbs says. “Because we offer such broad services, clients know we are always up for a new challenge. We usually find a way to do something, and that keeps them loyal to us.”

For example, he says, someone might come in with a kitting project, asking how to display and market it, potentially tying in social media or augmented reality.

For Wallace Carlson Printing, based in Minnetonka, Minn., adding package printing services was a natural fit. A few years ago, the 85-year-old commercial printing company invested in some packaging equipment and started doing short runs for its corporate clients.

“It was really a no-brainer,” explains Mike Worthington, VP of sales. “A lot of our staff came out of the packaging and finishing realm. So they knew how to do it; we just needed the equipment.”

Partner and COO Charlie Cox is one such example. His 30 years of experience includes working in folding cartons and packaging.

“The folding packaging giants are usually running millions of cartons per run,” Cox notes. “We saw a need from our corporate clients for shorter to mid-size runs, closer to 150,000 pieces. It suits us just fine and it fits perfectly into our wheelhouse.”

Wallace Carlson has also managed to carve out a niche in the specialty-packaging space.

Such packaging jobs now make up about 5 - 7% of the firm’s overall revenue.

According to Worthington, studies show that if companies can get a product into a consumer’s hand, it is four times more likely to go into his or her cart. 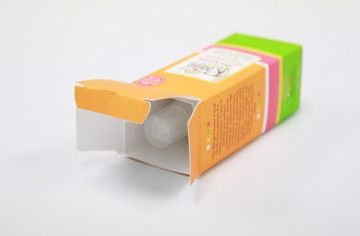 “With UV print capabilities and special coatings, we are able to get the consumer touching the product at a more successful rate than traditional packaging,” he says.

Wallace Carlson recently installed an eight-color Komori Lithrone G40 long-perfector press with H-UV (GL840). It has capabilities of perfecting up to 24-pt. board, as well as other synthetic materials. The firm also owns some high-speed diecutters, folder/gluers and a computer aided design (CAD) system, ArtiosCAD, which offers both 2D and 3D rendering.

“It’s an interactive, animated PDF of their product and the package we’ve designed to go around it,” Cox explains. “The 3D rendering is so impressive, it really ‘wows’ our clients.”

The two say a buzz is building for ArtiosCAD and the new Komori at Wallace Carlson. Sales reps put the word out to their existing clients about the firm’s new capabilities and it has opened doors to additional packaging business.

“We had clients who were doing packaging, but we were not doing it for them,” Worthington notes. “Now we do, and that buzz trickles out to help us gain even more new clients.”

When Sandy, Utah-based Aspen Press brought packaging in-house two years ago, it went so far as to change its name to ensure customers knew about its new packaging capabilities. Now known as Aspen Press and Packaging, the company even has a dedicated 25,000-square-foot packaging division just minutes away from its headquarters.

Scott Robbins, president, says the firm had been producing packages for 10 years, but it always outsourced the diecutting and gluing to a local bindery. When more packaging jobs started flowing in, he says, “It was time to bring it in-house.”

The company brought the owners of a Salt Lake City-based packaging company on board, who subsequently shuttered their business, and added a Bobst diecutter, Alpina and Brausse folder/gluers, and offline UV.

Fifteen sales reps reached out to customers, letting them know of these new services. Now, packaging makes up about 60% of Aspen Press and Packaging’s business.

In fact, the packaging business is going so well for Aspen Press and Packaging that it plans to add a UV press, a Bobst diecutter with blanker and perhaps another gluer.

Robbins says adding these capabilities has helped the business in many ways.

“Having packaging in-house allows us to set deadlines and have a better chance of hitting them,” he explains. “When we outsourced the finishing, we were at the other shop’s mercy.”