Feeding the Beast On the surface, the 10th annual survey of North America's diemakers shows an industry growing its revenues. Beneath that facade, however, are individual companies struggling to remain technologically and financially in the black. by David Luttenberger, Consulting Editor Trends identified and either feared or embraced during the past several years continue to shape the cutting edge of the diemaking industry. Technologies that turn the craft of diemaking into science; more efficient, less manually intense and cost-effective machining and rule processing capabilities; and, industry consolidation continue to be harbingers of further change in a segment already deeply enveloped in transition. "A

Always the tail that wagged the converting dog, solid rotary die technology is now as sophisticated and efficient as any aspect of the package printing process. by David Luttenberger, CPP With quality and service a given, diemakers are looking toward more sophisticated and value-added options on which to hang their hats. No matter whether the die is for cutting paper, polyester or even non-wovens, new coatings and time-saving methods for hardening steel are what many diemakers feel will give them an edge in a segment that has seen more than a handful of new competitors pop up in the past few years. "Basically, steel

Continued economic strength, new end-use market opportunities and better production strategies all paint a bright picture for this once over-shadowed segment. By David Luttenberger By most accounts, the U.S. folding carton industry had a banner year in 1998. According to Gary Stanley of the U.S. Department of Commerce (DoC), segment records were set for both quantity and value of product shipments. DoC figures estimate the value of shipments at $9.7 billion. That's a 3.5 percent increase over '97. Much of the good news for the paperboard carton segment can be directly attributed to the strength of the national economy and a better-than-expected export climate.

Top diemakers push the $200 million sales envelope in the face of declining profit margins and projections for growth. By David Luttenberger Although the headlines herald a 7.2 percent increase to a record $193 million in sales during 1998, the top 25 diemakers' ledgers cry a different story. On the surface, say die industry insiders, it was a good year. However, expectations of continued consolidation and potential or already-realized forced sell-offs of non-core business units are cause for concern among diemakers who, on average, posted net sales of nearly a half-million dollars more in 1998 than in '97. New Era Die, who was 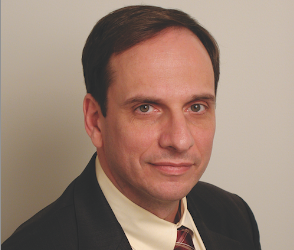 Steve Truan
How Commercial Printers Can Access the Label Market: A look at opportunities, equipment, inks, coatings and substrates

Kevin Karstedt
Commercial Printers’ Introduction to Packaging: What you need to know

Tom Polischuk
From the Editor