Though Keystone Paper & Box may be on the smaller side, that does not mean it isn’t thinking big when it comes to investment in new technology. According to President Jim Rutt, the approximately 50-employee company has had its eye on digital printing technology for years, and has now made an investment in a press that he says will position Keystone for improved efficiency and future growth.

In an announcement last week, the South Windsor, Conn.-based company revealed it would be bringing a Landa S10 Nanographic printing press on board, which will be the first digital press in Keystone’s fleet. Rutt explains that he was first introduced to Nanographic technology at drupa 2012, and has followed its development ever since. While other digital printing platforms for folding cartons have emerged, Rutt says the full-size B1 format and speeds of the S10 were what drew Keystone in.

With an increasing number of short-runs, Rutt says that before committing to digital, he wanted to be sure that the company would be able to transition a significant portion of its work to the platform.

“We took the stance of, if we’re going to wait to go with this, we really need to study it and follow it along so we can bring it in and move,” Rutt says.

The plan as it stands now for Keystone — which averages approximately $12-15 million in annual revenue — is to transition at least half of its work from offset to digital, but Rutt says that number could end up approaching 70%. With the flexibility that digital printing provides, Rutt expects that the company will be able to more efficiently produce the short-run work that it is now tasked with.

Though Keystone services a variety of market segments, Rutt says it has carved out a niche in the beverage segment, particularly in craft beer and soda. Many of the jobs that flow through the company’s facility are between 3,000 and 10,000 sheets, and are strong candidates for digital production. Rutt says however, that some runs can dip as low as 100 sheets, recalling a recent job that occupied a shift and a half — a turnaround time that will be drastically reduced with the Landa press. 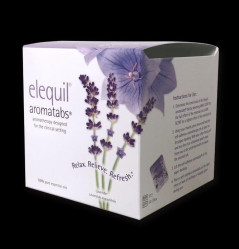 “We would have had it done in the morning,” he said.

Beyond the B1 size format and speeds of 6,500 sph, the press’s print quality and substrate versatility were attractive attributes for Keystone. As Bob Papa, Keystone’s VP of operations explains, the company has been frequently tasked with printing on recycled paperboard, which can be a challenging substrate to work with.

Papa — a print industry veteran — says he was skeptical at first about the press’s ability to handle these difficult substrates, but became a believer after seeing the Nanographic process in action.

“With their technology — applying ink to a blanket and transferring it from there — it’s just a superior way to deliver ink to the sheet,” he says.

Other key advantages Keystone hopes to gain from the press include time and cost savings that digital printing offers. The proofing process for example, can be significantly expedited, since with the Landa press, the company can produce a proof on the exact stock the final job will be run on, Papa says. 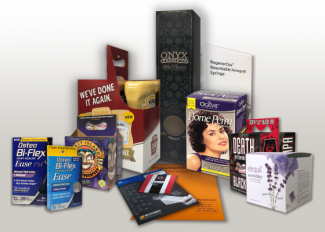 Keystone Paper & Box aims to transition between 50% to 70% of its jobs from offset to digital with its new Landa S10 Nanographic press.

Additionally, due to the press’s ability to match 96% of Pantone colors in its seven-color format, it provides an advantage from an ink cost estimating perspective. For example, Papa says for a 5,000-sheet offset job that requires multiple Pantone colors, the company may have to order several new inks. Then, the ink that’s left over at the conclusion of the job is relegated to storage. Rutt adds that with the S10, there are no additional color stations needed, and the company will know the exact amount of ink it needs to complete a job.

“It’s great for your estimating,” he says.

Rutt says he hopes to have the press installed either by the end of 2020 or early in 2021. The Landa press will be joining Keystone’s two Koenig & Bauer offset presses, and Rutt says he is looking at building an addition at the company’s facility to accommodate the new equipment.

And while he says he’s excited for what the press will mean for Keystone’s internal capabilities, Rutt says he’s also looking forward to showing it off to customers.

“When you bring your customer in to see this press, it has to impress them,” he says. “When you see something that has the digital computer, the screens that show the jobs put in queue, it’s an impressive tool.”