When assessing a new technology or piece of equipment, it's only natural for a business owner to contemplate the advantages it will bring to his or her company. But when Allen Friedman, president of TriState Container, first saw the power of single-pass inkjet corrugated printing, his immediate thought was of the potential that this groundbreaking technology would have for his customers.

TriState Container was recently announced as the first install location for Xeikon’s IDERA, the new single-pass, production-level, digital corrugated offering announced in 2020. The press, which is set to be installed in October at TriState’s Bensalem, Pa., facility, will supplement the company’s robust conventional production platform, which produces both brown box and high-graphic options for a variety of clients.

While Friedman explains that the plan for TriState Container is to use its conventional and digital technologies as complementary offerings, he says he is excited to see the advantages that IDERA can bring to his customers from both a cost and creativity standpoint.

“The range of possibilities that the client has can be open ended to their creativity as they depart away from analog and litho lam,” Friedman says. “The benefits can range across so much of the client’s whole operation. Not simply the product that they get, but the speed to market and the potential inventory savings. The sales side opportunity that they have as they approach their customer creates such potential where they don’t have it significantly now.” 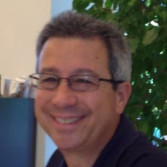 Currently, TriState Container operates with two plants in Bensalem, located near Philadelphia. Friedman explains that one of the plants, which focuses on industrial or “brown box” packaging, features three flexo folder/gluers. The second plant, which operates as ProCorr Display & Packaging, provides high graphic corrugated production, including litho lam. High graphic work is produced on a five-color flexo folder/gluer. Also housed in the ProCorr plant, is the design department, which includes structural and graphic designers, along with two CAD tables and two digital printers that provide full-color mockups for customers.

Despite a background in conventional corrugated production, when single-pass, direct-to-board, inkjet corrugated presses appeared on the scene around 2015, Friedman says he immediately began researching how the technology could benefit TriState’s customers. Corrugated is a mature industry, he explains, and disruptive technology does not emerge every day. So when the opportunity presented itself to be a leader in single-pass digital, he knew he needed to get involved.

After conducting his research into the available platforms, he says the Xeikon IDERA platform stood out largely due to the attention to detail and strong customer service he noticed coming from the Xeikon team. From a technological standpoint, Friedman said Xeikon’s long and successful history in digital label and packaging production, along with the backing from its parent company Flint Group, helped put Xeikon at the top of the list.

“What became so apparent is that I was with an absolute stellar team with tremendous background digitally, with absolute understanding to not only be able to produce this platform … but they’re also good listeners,” he says. “I can’t emphasize that enough.”

That support, Friedman says, will be instrumental during the installation and integration process when the IDERA press arrives at TriState Container. While the company is highly experienced in corrugated printing and converting, with any new technology, a learning curve can be expected, both from within the company and among customers.

Internally, Friedman says the design department will become acclimated to the digital production process, the differences in prepress, and how files are prepared. And from an operational standpoint, those that will be working with the press will need to get accustomed to how it functions overall. Across the board, he says, the team has expressed excitement about learning the new technology.

“We have a lot of creative thoughts about different things to do on the press that wouldn’t be traditionally done,” Friedman says. “We’re going to do a lot of experimentation with regards to gloss levels, coatings, and enhancing the converting capability of the press from where it stands now. We’ve laid all that out together.”

In addition to the new opportunities the press will provide for TriState Container and its customers, Friedman says he is looking forward to working with Xeikon to spread the word about the technology.

“We are very much looking forward to the seminars we’re going to hold, the invitations we’re going to put out – not just to clients, but to future purchasers of the press,” he says. “I think as the marketplace gets to experience it the way we’re going to present it, a lot of good things are going to come.”

Cory Francer is an analyst at NAPCO Research. He formerly served as editor-in-chief of our sister publication, Packaging Impressions.