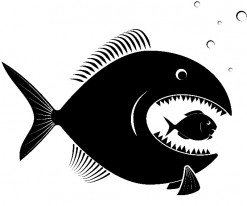 It is somewhat axiomatic that a large company needs to complete bigger and bigger transactions in order to move the needle on its own revenues and bottom-line profits. CCL Industries, the Canadian company primarily engaged in label printing and related specialties, consistently breaks that rule. Time and time again, CCL finds niche players in small corners of the market and applies its characteristic discipline to the valuation of the target acquisitions.

CCL announced three transactions in January, a continuation of the string of deals completed over the past two years in which the average revenue of the acquired companies was only $18.7 million.* In contrast, CCL’s revenue, inclusive of its four primary business segments, is approximately $4.4 billion, 235 times larger than the average of the acquired companies. Each acquisition, on average, represents a miniscule 0.43% increase in top line revenues for CCL. With very few exceptions, it is rare for the delta in size between buyer and seller to be so disparate. On the infrequent occasion when we see such a difference in the printing, packaging, and graphics industries, it is usually a one-off aberration that has a clearly defined and articulated strategic logic. However, in the case of CCL, the contrast in size is the norm.

The companies typically acquired by CCL serve unique niche markets, outside the fray of the PE-fueled roll-up underway over the past several years in the prime label segment. CCL’s most recent acquisition, McGavigan Holdings, adds to the company’s slow and steady growth in the industrial printing segment. McGavigan started in 1861 as a printer of commercial and religious materials in Glasgow, Scotland, and eventually migrated to the printing of industrial control panels, graphic overlays, and membrane switches. Beginning with a focus on the automotive OED market, printing dashboard dials for the Ford Escort, the company progressed technologically. McGavigan now produces highly technical sub-assemblies and beautifully printed control panels for the high-end automotive, medical device, and consumer product markets. The company still utilizes traditional printing techniques, including screen printing, in-mold labeling, pad printing and other decorative methods common in the printing industry, but this is not your everyday label printer.

Also announced in January, CCL acquired Lodging Access Systems, based in the Florida Tampa Bay area. The company is focused solely on RFID key cards, wristbands, and key fobs for access control applications, primarily serving the hospitality industry. Selling under the name RFID Hotel, the company claims to be the largest provider in the US of RFID key cards for hotels. Now that’s a product niche within a vertical niche. Just try and compete. 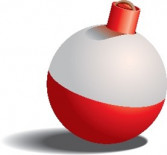 Rounding out CCL’s trio of January acquisition announcements, the company acquired International Master Products, a printing and die cutting operation that makes millions of plant tags, plant labels, plant label stakes and horticultural signage. Its products are seen at every garden nursery, garden center and home improvement store. Based in Michigan, halfway up the Great Lake, the company started making plant tags in 1949 when a local grower, Harry, asked his friend Lou, the local hardware store owner, if he might have a better method for labeling plants than the old-fashioned wooden stick and pencil method. As it turned out, Lou was making plastic fishing bobbers in the basement of his hardware store using injection molding. When printing was added to the new product, the now ubiquitous plastic nursery tags, stakes, and labels became the standard, informing consumers about the specific plant variety being offered, with care and growing instructions all in one convenient place. What began as a favor to a friend grew into a highly specialized printing business serving a clearly defined vertical market.

This thread of unique printed products that serve niche markets runs consistently throughout virtually every acquisition that CCL completes, no matter the size or how small.

As we have noted in the past, CCL exhibits a high degree of pricing discipline across the range of its acquisitions (See Sticky Discipline for the Label Business – May 2016). It is true that the average of the multiples paid by CCL has increased from the 5.1x average multiple of adjusted EBITDA in the 2016 survey of CCL deals. Enterprise values are now a full turn higher, with an average multiple in the past two years of 6.1x adjusted EBITDA. However, that increase is modest within the context of and compared to the current hot market for companies in the label printing and converting segment (See Private Equity Fuel$ Consolidation of Label Industry – September 2021).

CCL paid higher than its average multiple for the MaGavigan company, which went for an enterprise value of 7.2x adjusted EBITDA. Notably, McGavigan is the largest of the CCL target group and also the most specialized. McGavigan is arguably not primarily a printing company, more aptly described as a specialized manufacturer that happens to print, justifying the multiple above the usual disciplined CCL range.

Also of interest, the other value outlier in the group was Lux Global Label Asia, a small and less differentiated label printing company in Singapore. At a multiple of 9.4x, the transaction stands out both for the price paid, as well as for sporting the lowest EBITDA of the group, expressed as a percentage of revenue. By way of explanation, CCL noted in the press release that the enterprise value of Lux Global Label Asia was not based on a multiple of EBITDA, but rather was the fair market value of the tangible assets, including the building, an asset not usually factored into the enterprise value of a printing company. In other words, in this instance, the market value of the assets exceeded the value determined using a multiple of EBITDA and CCL agreed to that alternate valuation methodology, but made it clear in the corporate communication that they did not abandon their pricing discipline and did not overpay. If we remove the aberrant Lux Global Label Asia transaction from the mix, the average enterprise value paid across the transactions of the past two years drops down to 5.8x adjusted EBITDA, demonstrating even more strongly CCL’s disciplined pricing approach to its acquisition strategy in the midst of a red-hot market for label and related printing companies. 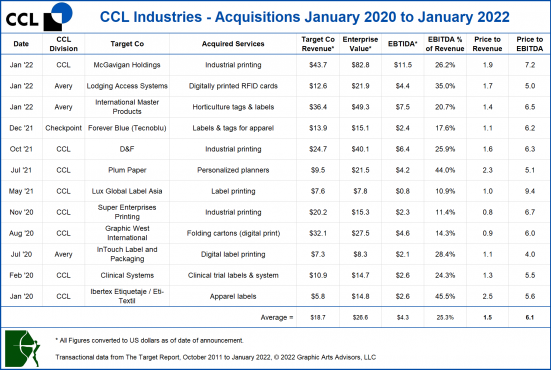 Brook + Whittle, which in November 2021 was itself acquired by PE fund Genstar Capital, announced its first deal under the new financial sponsorship, with the purchase of Paradigm Label. The acquired company is based in Mira Loma, California and manufactures flexible packaging and labels. The company extolled the deal as a continuation of its westward expansion, building on the recent acquisition of Digital Label Solutions, also in California. Brook + Whittle is now under the ownership of its third PE sponsor (in addition to its original collaboration with independent sponsor Charter Oak Equity). Via a steady stream of acquisitions, Brook + Whittle has grown to nine production facilities with over 1,200 employees.

I.D. Images also is under new private equity ownership, having been acquired by Sole Source Capital in August 2021. I.D. Images came out in January with a triple-play, simultaneously announcing the acquisition of Valley Forge Tape & Label in Exton, Pennsylvania, Multi-Action Communications in Quebec, and Digital Printing Concepts in Providence, Rhode Island. I.D. Images distinguishes its position in the market by selling only through independent trade distributors.

AWT Labels & Packaging announced its first acquisition under the ownership of Morgan Stanley Capital Partners, which acquired the AWT label roll-up in December 2020. In a departure from AWT’s focus on primary labels, shrink sleeves and flexible packaging, the acquired company, MacArthur Corporation, offers a range of industrial printing products such as flexible electronics, as well as RFID tags and a range of engineered functional film products serving OEM customers in the automotive, electronics, health technology and other industrial sectors.

Epic Labeling Solutions in Mountain View, California was sold to BR Printers, a company with its roots in the commercial printing segment. Based in nearby San Jose, BR Printers has been acquiring commercial printing, direct mail, promotional product distribution, and book manufacturing companies, some as far flung from its California base as Cincinnati, Ohio and Independence, Kentucky. BR Printers’ stated strategy behind this latest acquisition is to provide label printing as a new resource within one business entity, a classic one-stop shopping approach.

Trident Solutions, a platform holding company in Sherman, Texas with financial backing from River Associates Investments, a PE firm in Chattanooga, Tennessee, acquired LEM Products. The purchased company is located in Pennsylvania and manufactures safety and identification labels, tags, and signs, primarily serving electrical and other utilities. Including the LEM acquisition, Trident has assembled a portfolio of five companies that produce specialized signs, tapes, marker posts, nameplates, personal protection products, and tracer wires, all with the common theme of promoting safety via warning and hazard identification.

On the material supply side of the label business, Mactac, a division of Japan-based Lintec since 2016, acquired Spinnaker Coating. The acquired company, based in Troy, Ohio, has distribution centers across the US and specializes in customized production and distribution of pressure-sensitive roll and sheet label stock. All Printing Resources, a distributor serving the flexographic printing market, expanded its reach with the acquisition of Marietta, Georgia based JVI Solutions which distributes flexographic plates and other supplies to the label printing industry.

* All figures herein converted to US dollars as of the date the transaction was announced. When Is Customer Concentration an Advantage?

M&A Directions: Some Light After a Long Shadow