Nobelus LLC has announced that Steve Truan has been appointed as its new chief executive officer. Mr. Truan has a rich history with the company and brings a unique skill set to the organization. He has worked in various functional areas such as research and development and supply chain and held leadership roles in sales and marketing. 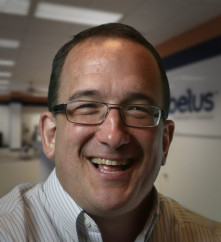 “I am honored to step into this role. Nobelus is primed and ready for strategic growth, and I couldn’t be more excited to lead this team,” said Mr. Truan. “My focus is to identify additional revenue streams and to seek out new market opportunities. I look forward to guiding the team towards a more diversified future.”

Mr. Truan assumed his new responsibilities on January 4, 2021. Outgoing CEO, Sean Bowyer, remains with the company as a special advisor through February 2021, supporting the transition. “I look back with pride on how far the Nobelus team has come in recent years, and I look forward to what will be achieved under Mr. Truan’s leadership,” said Mr. Bowyer. “The board of directors and I identified an ideal leader who has the industry expertise to strategically propel the company forward.”

Mr. Truan was 17 years old when he discovered his passion for specialty finishing. In 1989, his father founded AmeriLam, a print finishing company, as a family business. Mr. Truan, along with his brothers Jeff and Kevin, helped the company expand to offer desktop laminating supplies and equipment. In 2012, as the vice president of sales, he oversaw the addition of in-house film slitting and was instrumental in bringing high-speed production laminating equipment to the company portfolio, helping AmeriLam to serve larger accounts in the print and publishing markets. In 2016, AmeriLam and Crystal Brook Direct merged to form Nobelus LLC where Mr. Truan initially served as the vice president of marketing. He later moved into an advisory role for special projects and served on the board of directors.

“I would like to thank Sean Bowyer for his guidance over the last five years in getting the company structured, reorganizing operations and building a strong leadership team,” said Mr. Truan. “He leaves us with a solid foundation, and I am excited to enhance our customer experience journey even further as we move into 2021.”

Truan will be based at the Nobelus LLC headquarters in Knoxville, Tennessee.