Staying Competitive and Sustainable with Offset

Print quality is no longer a differentiator when it comes to standing out on shelf, but package printers can use the capabilities of offset to take their business to the next level.

While offset is still the leader in print quality, sometimes that’s not enough to differentiate a product. Companies can stand out by leveraging the advantages of offset — flexibility, expanded offerings and sustainability. It’s not always all three ingredients that make up the secret sauce, sometimes it’s one or a mixture of two that will lead to success. 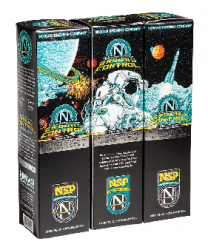 Beyond quality, one of the biggest advantages in using offset equipment to produce packaging is its flexibility.

“Offset has become so efficient on changeovers,” Carol Jiang, president of Mississauga, Ontario-based SoOPAK and Beneco Packaging says. “Ink is flexible, you can run special colors and effects. All of the offset paper can run up to 40 pt. Digital can only do 20 pt. for the most part.”

Jiang explains that because SoOPAK doesn’t have plate and die charges, it has eliminated setup costs while offering customized short-run packaging with offset quality. SoOPAK touts one five-color and one six-color Komori press with UV printing in-line. Its orders range from as low as 500 boxes up into the millions, and while digital may be more efficient for runs as low as 500, Jiang says that things like color, board thickness and effects are limited.

“People think that digital can replace offset, or that laser cut can replace regular diecut, but it’s still a long way to go for me,” she says.

Another aspect of the flexibility of offset is in regards to SKU proliferation. With flexo die costs and roll-to-roll print plate costs, it becomes cost prohibitive when a  customer has multiple SKUs, Jeremy Howard, senior sales manager of Renton, Wash.-based TrojanLitho explains. Offset however, has less expensive setup costs.

TrojanLitho has two large-format presses in its arsenal and a small- format press with perfecting unit that allows TrojanLitho “to produce short runs offset or scale up for very large quantities,” Howard says.

“The [Heidelberg XL75] Anicolor is our solution to digital printing for offset,” Roberts says. “It gives us the capabilities of digital for short run, but the quality of offset.”

Roberts explains that Thoro does a lot of short runs for the medical and pharmaceutical industries, which also happens to be where Thoro exercises most of its extended color gamut (ECG) capabilities. He explains that with the seven-color ECG process, standardization on the Anicolor takes approximately 25 sheets to get up to color, and while digital only requires one or two sheets, the offset press is definitely competitive.

And while ECG may sound simple when running a seven-color press, Janet Steiner, president and CEO of Thoro, explains that it’s not as easy as it sounds.

“We created the most beautiful moirés … and not by design,” she laughs.

But Thoro persevered and now it’s able to produce short runs of 125 sheets up to runs of 70,000 sheets knowing that its color will be standardized.

ECG, Roberts says, has also enabled Thoro to run  unlimited spot colors on its offset equipment, which would not be cost effective on digital equipment.
And while digital is still alluring, nothing will beat offset quality. That’s why Steiner launched FoldedColor, a division of Thoro Packaging, that specializes in short run offset printed packaging. The company uses the Anicolor to remain competitive with runs of 125 sheets and up. It was a heavy investment in technology on the website, Steiner explains, that makes all of the short-run work possible.

One of the best ways to stay competitive with offset — or with any industry — is to continually expand offerings to meet customer demand.

Jiang suggests always keeping an eye on cost and efficiency and to develop new products based on customer demand, when possible. The biggest thing she says she has noticed that will improve the process for suppliers, printers and consumers is automation. 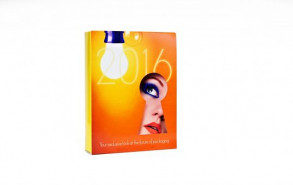 “Automation is key for the industry, for any manufacturing,” she says.

That’s why she says that SoOPAK is continually trying to automate the approval and payment process for customers once a file is received, as well as the data process for operators. Increased automation will make it easier for customers to order online and make it easier on the printing end, which streamlines the process and makes it more user friendly.

But it’s more than just taking an order and processing it; you need to explore possibilities with customers.

One of the things Howard has noticed is the amount of graphic enhancements available when working with offset. There are endless options in foil stamping, embossing and coating treatments that can be offered to customers to help them differentiate packaging.

“You have more opportunities to get your brand presence raised up in the retail space versus using flexo or digital,” Howard says.

In fact, Howard describes a 10th anniversary package for a beer from Ninkasi Brewing Co. called “N10” that was unique for TrojanLitho. The company ran pillars of light holographic foil on the package first and then printed opaque white and pantone colors on top of the foil and finished the package with a sculptured emboss.

In another example, Howard explains that the company printed two versions of a box for the Ninkasi beer “Ground Control” — Ninkasi sends batches of yeast to the Space Station to create the interesting brew. The box was created by printing the packaging, then foil stamping it and putting it back through the offset press for a second pass. It was finished with a sculptured emboss and then diecut and glued.

The key is that these two packages could only have been created using offset. Howard says that there would be no way for flexo or digital to create something so complex.

And it seems that Thoro would agree. Roberts explains that offset has given Thoro the opportunity to use ECG in a way to differentiate itself and offer unique packaging options.

Cosmetics packaging in particular is one area that Roberts explains would be impossible without offset. The quality and embellishments required for cosmetics, as well as aspects of printing such as the use of metallic inks, wouldn’t be feasible.

If there’s one thing that TrojanLitho prides itself on, it’s the company’s dedication to a sustainable lifecycle. Howard explains that the company is always trying to lower its impact on the environment and that it becomes more important to TrojanLitho’s customers and their consumers every day. He says that consumers are more focused on the climate now and as society becomes more educated about the effects our decisions are having on the environment, they’re looking for more sustainable options in the package printing marketplace.

“It’s not just, ‘We’re green and we use recycled paper.’ It’s much deeper than that,” he says.

SoOPAK produced this offset printed folding carton with interlocking bottom flaps, which give it a higher level of security.

A company has to think about the chemistry of manufacturing; the amount of adhesives used, for example. Even something like the amount of trucking that is needed. Howard says that companies have to think about how and when to truck to minimize the environmental impact.

And when it comes to sustainability, TrojanLitho is not leaving any stone unturned. Howard explains that just recently, the company decided to recruit a herd of goats to help it meet expectations and goals … for landscaping that is. The company had a retention pond maintenance project, and instead of using weed whackers and chainsaws to clean out the vegetation, the company leased a herd of goats from a local farmer for a few months. With a fence to contain the hungry animals, TrojanLitho was able to take care of a problem in a sustainable way.

Thoro Packaging is also doing its part to lower its impact. Roberts says that Thoro is always working to lower its VOCs. By working with expanded gamut in offset, there aren’t as many wash-ups, lowering the use of harsh solvents and in turn lowering waste.

Not only is Thoro dedicated to offering recycled and recyclable material, it uses vegetable-based inks, 100% wind power and the option to purchase carbon neutral cartons produced on its equipment. Steiner explains that when the company bought its Heidelberg equipment, it spent the extra money needed to have the equipment built carbon neutral. The extra money spent was then donated to a charity in Africa. Steiner says that Thoro wanted to not only offer green options to its customers, but to purchase in a responsible way.

“You can talk about being green, or you can live it,” Steiner says.