As a variety of external forces drive labels and packaging in the direction of shorter runs, printers and converters are adjusting their approaches to profit from the shift.

It’s best to drop the “new” from “new normal” when using that expression to refer to declining run lengths in packaging and labels. This is because over time, what once was an emerging trend of short runs has now become business as usual for many converters.

At Inland Packaging in La Crosse, Wis., average order sizes for cut and stack, pressure sensitive, and in-mold labels, as well as shrink sleeves, are decreasing “regardless of vertical or end-use market,” says Jason Berger, VP of operations.

He observes that it’s now uncommon to find one or two brands dominating a product category and dictating run lengths within it. These days, he says, the top CPG producers are vying with smaller “boutique brands” that drive run lengths down as they create more SKUs, place orders more frequently, and strive to get their products to market faster.

For the last 10 years, The Mid-York Press of Sherburne, N.Y. has offered short-run package printing services to “indie-style companies” that produce chocolates, coffee, fishing line, and other specialty products in small batches and multiple versions, according to Tom Revoir, digital marketing manager. With small-quantity work like this, he says, “it makes no sense to print that conventionally” when digital production eliminates plate costs and makes it possible to print “straight from PDF.”

“Super Common” Runs of One

Miriam Brafman, CEO of Packlane, says her volumes have been exclusively short-run since she started the online custom packaging company five years ago. Packlane operates out of an all-digital facility in Louisville, Ky., and partners with other printers to fulfill orders that can be as low as one unit to 10,000 units.

Runs of one are “super common,” notes Brafman, adding that ultra-short-run production was “an open opportunity” that others were ignoring when she launched the business. 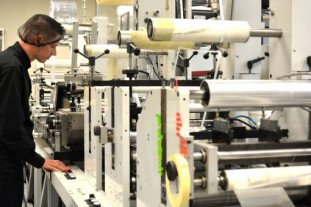 Headquartered in Lakewood, N.J., Luminer Converting Group produces many different types of consumer and industrial labels in quantities that go across the board. Its small-volume output includes peel-and-reseal, expanded-content labels for clinical trials of pharmaceutical products.

As always, broad market trends and the business strategies that arise from them determine how much of what gets produced, on what timetables, and for whom.

Jeff Wettersten, president of Karstedt Partners, a packaging industry market research and consulting firm, sees “micromarket dynamics” — the pursuit of consumers in ever smaller, more differentiated subgroups — as the prime mover. The customization of luxury packaging for “specialized, value-aligned products” also tends to decrease the size of individual runs as it increases versioning, Wettersten says.

“Upstart brands” launched and operated by “enthusiasts” accelerate the trend by prodding converters to give them high-quality packaging they can source very quickly, says Sean Smyth, an analyst for Smithers, which provides consulting and related services to the packaging industry. He also points to regulatory changes and, in markets outside the U.S., multiple language requirements as factors that tend to fragment and shorten run lengths. Producers of packaging and labels see these forces at work in their businesses every day. Spina says that in cosmetics, for example, brands want to provide varieties for a diverse customer base with packaging in appropriate styles and quantities. “It’s a more custom world” for these products, he says, and the packaging reflects it with “a hundred versions of every brand.”

Revoir says people constantly ask him, “What is your lead time?” because their No. 1 objective is getting their products to market as rapidly as possible. “The beauty of digital printing” is that it can deliver these orders in days instead of weeks. In a short-run, on-demand production environment, he notes, “it’s about the now.”

An equally strong incentive for shorter runs is inventory control — producing only as much product, and therefore only as much packaging, as is needed to hit business targets.

Brands do this, says Smyth, “to reduce the risk of unsold product” from over-manufacturing. Because brand owners, according to Berger, “are acutely aware of how cash flow affects their business,” they don’t want to be guilty of tying up cash in the form of excess inventory — a policy that has a direct effect on the quantities of packaging they order and the frequency with which they place the orders.

Revoir points out that another dimension of inventory control is safeguarding the packaged product’s visual appeal. Consider, he explains, how the appearance of a package that has been sitting in storage for several months might contrast with the look of a newly produced package. At retail, “they must look the same” to shoppers. But if they fail to, says Revoir, “the faded one never leaves the shelf.”

Although the trend to shorter run lengths is seemingly ubiquitous, it hasn’t necessarily been widely welcomed. Wettersten says that when converters face short runs, they feel “pain points” according to their ability — and their willingness — to handle “non-conforming order demand.” He defines this as “anything that’s non-repetitive, or difficult to set up in production.”

Depending on how well their core business models can accommodate this type of demand, “some are proactive in responding to it, and others are just ignoring it,” Wettersten contends.

He says converters whose sweet spots don’t encompass short runs may turn such jobs away (“unless I’m forced to take them, because of who the customers are”). Others try to set themselves up “for scope rather than scale,” committing to specialized production in smaller volumes with quick turnaround.

Packlane, according to Brafman, has made that commitment from the beginning. She says that the company, which has no sales force, streamlines procurement through a web-enabled interface that lets customers design, price, and order their packaging with point-and-click simplicity.

To keep the unit-cost economics of short-run production under control, Brafman emphasizes, “every order needs to be very automated.” This means aiming for “high throughput versus high touch”: a workflow that benefits converters and customers alike.

“People who wouldn’t have ordered a custom package before now can, because we make it so darned easy,” Brafman says.

At Inland Packaging, says Berger, equipment, process, software, and automation are the “four buckets” from which the company feeds its efforts to optimize short-run production. Digital accounts for about 10% of current volume, but Berger expects its share to increase as Inland continues to invest in digital and hybrid printing systems and postpress equipment to support them. 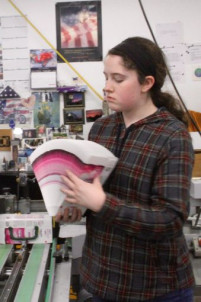 Digital production isn’t the only solution for packaging and labels in short runs: highly automated conventional presses can also print cost-efficiently in lower volumes. Digital isn’t synonymous, either, with reduced cost to buyers of short-run printing, as Revoir hastens to point out.

“This is a common misinformation, that digital is cheaper,” he says. “It’s not.” He explains that when digital presses combine conventional print quality with the convenience of fast turnarounds, the question to ask is, “What are we giving to the customer?” Work offering that kind of added value should be marketed and priced accordingly, Revoir asserts.

Brafman states that digital printing is “still a kind of premium offer” when all costs of production are factored in. Wettersten notes that eventually, all short-run producers must identify the correct “tipping point” between value and cost as run lengths continue to decline.

Something else to keep in mind, he says, is that brands and retailers are feeling the same kinds of pressure as converters when it comes to keeping up with product and SKU proliferation in their increasingly diversified marketplaces. When shelf goods multiply in smaller and smaller batches, it becomes that much harder to optimize shipping and stocking – a sticking point that has consequences throughout the supply chain.

“They’re definitely overwhelmed by it now,” Wettersten says. “They’re managing through it.” He notes that because brands have to focus more on total delivered cost than on per-piece cost, converters may sometimes find it difficult to negotiate prices on the run-length basis they are accustomed to.

With all of its challenges and opportunities, short-run production will continue to define the business landscape for producers of packaging and labels.

“Brands are demanding more stuff, and retailers are trying to differentiate themselves” with broader ranges of offerings, advises Smyth. He also sees the rise of health consciousness and the need for brand protection as market forces driving packaging and label production toward more diversification and, as a result, shorter runs.

There is also, according to Smyth, “a different end community of buyers” for producers to work with: people who are “used to having different things on their packaging.” 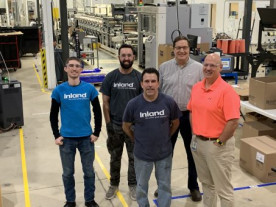 Fortunately, he says, it’s become “very easy” for converters to create test packs and prototypes for these eclectic decision-makers to evaluate.

Revoir observes that many customers will insist on shorter runs simply because they don’t have the physical space to warehouse large quantities. He says that in the same spirit, “we don’t print and hold” at The Mid-York Press.

Instead, the company tries to help its customers — especially those new to buying digital printing — with volume price breaks and discounts for fast payment. These courtesies sometimes help to turn short-run orders into longer runs when demand for a product surges, Revoir adds.

Because consumer behavior won’t revert to what it once was, notes Berger, label and packaging providers must get all of their processes in step with the “faster, faster, faster” pace of short-run production. He says the movement toward short runs is consistent in every segment of Inland Packaging’s business.

Get used to the transformation, counsels Wettersten. Given the rise of private-label brands, the effects of e-commerce, and the sweep of demographic change, he says, “everything is favorable to run lengths continuing to decrease.”

The Top 5 Packaging Impressions Stories from 2020

2020 State of the Industry: Folding Cartons on the Front Lines

The PRINTING United Digital Experience Continues with Engagement Through the Holiday Season, Sets the Stage for 2021
Comments
COVID-19 Resource Channel