With staying at home still encouraged in certain areas of the country and restrictions around brick and mortar retail, there is little denying the retail landscape is challenging right now across the board. But while the way consumers buy and consume goods has rapidly changed, the need for packaging has become more important than ever before, especially for smaller, boutique, or local brands that have had to adjust to the current climate.

One small brand that has had to adapt is Church Street Brewing, based in Itasca, Ill. Founder Lisa Gregor notes that before the pandemic, 60% of her business came from draft beer sales, but now the company is only selling packaged beer.

“And since everyone is trying to save money, even with stores open the volume isn’t what it has been [for packaged beer] in the past,” she says.

Looking to offset the declines, Gregor incorporated a new product into the company’s repertoire — hand sanitizer. 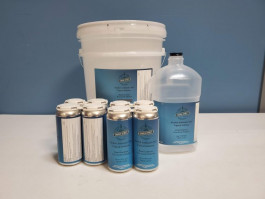 In addition to being able to use her equipment to make large quantities of the in-demand product, she notes that her company decided to use the FDA’s own formula, and is certified with a temporary government permit.

“When there is enough they’ll phase it out,” she says. “It was originally supposed to be through June 30, but it’s pretty obvious [this pandemic will still be ongoing]. We’re shipping hand sanitizer all over the country now, not just locally.”

With the new product comes new packaging, and Gregor notes that Church Street brewing is selling its new product line in five-gallon buckets — but it is also utilizing the 16 oz. cans usually used for beer. The company had to rapidly create and produce an entirely new line of labels that had the company name on it, but that made it stand out as different from the beer the company is still selling. It was a rush job for an unexpected shift, and Gregor relied heavily on her package printer to get it done quickly and without hassle to keep product going out and income flowing in.

Ancient inGRAINed Snack Co., based in Erie, Colo., is another small brand serving a very different part of the market — snack foods. And Dustin Finkel, founder and CEO, notes that while COVID-19 has impacted business, it hasn’t been quite the same as for other vertical markets.

“Broadly, natural foods — and smaller brands within natural foods — are seeing increasing relevance in more outlets,” he says. “While COVID-19 is a devastating illness, it has led many consumers to try new snacks in the grocery store as away from home outlets are closed or serving limited options.”

The problem, he says, is that many of those consumers are looking to purchase those products via services like Instacart, and other online ordering platforms, where large, well-known brands have a much easier time standing out and getting noticed than the smaller, more niche brands.

This is a trend he sees continuing well beyond the current restrictions, noting, “Over the next 12 to 18 months, pure-play e-commerce (like Amazon.com) and brick ‘n’ click (like Kroger’s curbside pick-up) are going to be increasingly important. Consumer behavior was forced to change rapidly due to COVID-19, and a large portion of the population is going to establish new grocery shopping behaviors that aren’t going to change. Foot traffic is going to decline continuously, and traditional brick and mortar needs to evolve to compete.”

Finkel notes that for brands like his, this means that packaging will play an even more critical role, as the fight for consumer awareness becomes even more challenging.

“Emerging brands had been winning by fighting hard in the trenches — in-store and in the local community,” he says. “We were converting consumers with differentiated activation like founders’ demos and local events. We were having one-on-one conversations with consumers who were the early adopters and vocal advocates who helped influence those around them. Those tools have been pulled [during] COVID as all events and demos are canceled.”

Consumers are also spending much less time casually browsing the shelves when they do make it into retail locations, making it all the more critical that the packaging stands out immediately, catching their attention the moment they walk into an aisle, rather than simply being one among dozens.

Build a Relationship, Not a Customer

The experiences of Church Street Brewing and Ancient inGRAINed Snack Co. aren’t unique — small brands across the country are facing a host of challenges that could ultimately see them grow exponentially or sink rapidly. And they are looking to their package printers as a resource to help navigate these turbulent waters. 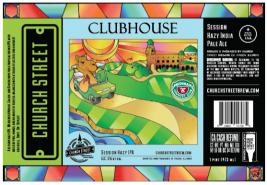 Gregor notes that one strategy she plans to use is to go to a more seasonal, limited edition strategy, offering just a few varieties at any given time, and when those are gone, they will no longer be available. But doing that on a consistent basis means not only brewing smaller, more frequent batches, it also means designing, getting government approvals, and then printing smaller, more frequent batches of labels.

“I’m really going to make my poor printer [work],” she says. “We will have to develop a label for every variety, get it approved by the government, get it to the label printer, and get it back to be applied and shipped out all in about three weeks.”

And that’s for every single seasonal variety — with several being released each time — happening multiple times throughout the year.

She relies heavily on her partner, International Label & Printing Co., located in nearby Elk Grove Village, Ill., who she says she has been working with from the very beginning of her business. Not only is the print shop close to her own office, the staff have become valued partners over the years.

“We deal with them directly all the time,” Gregor says. “We can run stuff over to them, or they can drop stuff off for us. We’ve become friends.”

But at the same time, she says, she doesn’t necessarily expect perfection.

“Sometimes I do something wrong, or they do,” Gregor notes. “But they’re always willing to get it fixed. That’s been my ace in the hole — I never have to worry about things like colors or stuff with them.”

She also notes that while her printer might not be the cheapest around, unlike other brands, she doesn’t actually think it saves money in the long run to constantly be chasing price.

“I think we save money in the long run,” she says. “It doesn’t matter if they’re a little more expensive — it’s just easy to order from them, and sometimes I don’t get things in until a week before I need it — and most of the time they can deliver on that.” 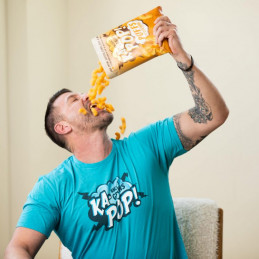 Finkel also sees his packaging printer as a valued partner to help him advance his brand and business. He works with ePac, an all-digital flexible packaging printer, which maintains one of its 16 locations in Boulder, Colo.

“Ka-Pop! — the brand Ancient inGRAINed Snack Co. sells its snack products under — and ePac have essentially grown up together in the Boulder market, and we have established mutual trust through secure communication,” Finkel says. “The team at ePac is always accessible and transparent, and we know that we have a shared goal — accelerating Ka-Pop!”

Finkel notes that a big reason he keeps returning to work with the same package printer is ePac’s willingness to be flexible as his needs sometimes rapidly change.

“Small businesses are not consistent and not predictable,” he says. “ePac has built a reliable model that works within these problematic constraints.”

Where Package Printers Can Help

Even when the relationships are strong, and the small brands and package printers are working well together, that doesn’t mean there isn’t room for improvement.

For Finkel, one area he is looking to his printer to innovate in is sustainable packaging. He notes that this is becoming increasingly critical for brands of all sizes as consumers recognize the food waste they are producing, and continue to seek ways to reduce their carbon footprint.

“Small brands want to be a part of that solution, but the barriers to entry right now are so high that it makes it extremely challenging to execute,” Finkel says. “We need the packaging world to help democratize sustainable solutions.”

And it’s not just sustainable solutions that brands need help navigating. Gregor points out that while she’s aware there are a lot of new materials and technologies in the market, she just doesn’t have the time or expertise to figure out how to use them.

“There are things I think would be fun to try on a limited basis, but I have to come up with the copy,” she says. “It would be nice if they came to me with more of a full proposal, rather than just a tech capability. I’m the owner, and I approve everything, but I just can’t even think about one more thing sometimes. So having them come to me with a complete proposal for some of the fun stuff, rather than just say we could use this seal, or this glittery stuff, would really be nice.”

That dynamic, says Gregor, is one of the reasons she has stuck with International Label, who she notes does come to her with ideas.

Finkel says that it would take extraordinary effort for another printer to lure him away from ePac.

“I am approached [frequently] by other companies, and while there are undoubtedly exciting options available, the partnership with ePac has created a strong loyalty between companies,” he notes. “ePac has come through for Ka-Pop! on numerous options, and that trust is tremendous. To be candid, it would have to take both a significant change in our [or] their economics and a cultural change for us to switch suppliers.”

Toni McQuilken is the senior editor for the printing and packaging group.