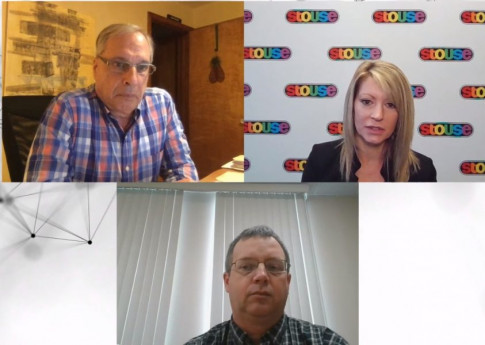 Like many companies in the packaging space, Kline explained that Wingate Packaging initially set its sights on digital printing when it noticed a decrease in run lengths. He said that around 2012 and 2013, the company’s average run lengths were at approximately 30,000 sheets. But, when more and more run lengths of 6,000 to 7,000 sheets were moving through the facility around 2018, Wingate started to seriously investigate digital solutions, eventually landing on the HP Indigo 30000, purchasing the digital press in July of 2019.

With the HP Indigo 30000 on its way, Kline explained that the next question that needed to be answered was how Wingate Packaging would cut the jobs it would be printing digitally. He said that with an inventory of 1,000 dies that were not going to work in the B2 format, the company looked into digital cutting solutions, and was introduced to Highcon via HP.

While Wingate Packaging specializes in paperboard packaging, Freeman explained that Stouse is a trade only print operation that produces a wide variety of printed applications, spanning commercial and packaging segments.

Freeman shared that Stouse is no stranger to digital printing, having installed equipment from Domino and HP Indigo in the past. But when the company sought to launch a folding carton line, she said it turned to Xeikon and installed a Xeikon 3500. Because Stouse had significant prior experience in printing on similar substrates, Freeman said that bringing folding cartons on board was a good fit for the company. Additionally, she said that existing Stouse customers had expressed a need for folding cartons, and with the addition of the digital equipment, the company could produce the packaging work in house.

“For 40 years we have printed on flat substrates,” Freeman said. “It’s something we know and have done very well. It’s just a different substrate and a different type of ink and press. But we did see that there was significant opportunity within our existing customer base to get into that market because we serve a lot of that small to mid run, and there was a need for more short run folding cartons, and some of the bigger players in the folding carton manufacturing process really only serve the large volume players.”

On the finishing side, Kline explained that for Wingate Packaging, bringing both the Highcon equipment and HP Indigo 30000 on board at the same time was highly beneficial. He estimated that the company finishes approximately 90% of its digitally printed output on the Highcon before it heads to the folding and gluing process. He added that Wingate did not need to acquire any new folding or gluing equipment for its digitally printed and cut folding cartons, as both conventionally diecut and digitally diecut applications can be folded and glued in the same way.

Another plus of the digital printing equipment for Wingate, is that it can take existing work that it had been running offset and convert it to digital without sacrificing quality. Additionally, Kline said that the opposite is also true, and if a digital job needs to be scaled up to conventional, the company can accommodate that.

“The digital file to the HP press offers more flexibility, so it’s easier and less complicated if we can run on offset first, take that offset sheet and match it to the HP,” Kline said. “But we’ve been successful both ways and in no instance have we not been able to match one piece of equipment to the other.”

For Stouse, Freeman said that the dry toner technology on the Xeikon press has been beneficial in its versatility. Because it is safe for indirect food contact, the company has been able to produce folding cartons for a variety of market segments spanning, coffee, pet treats, and the rapidly growing cannabis industry.

She added that for companies just starting to look into digital folding carton production, it is important to talk with peers that have made the leap into digital and learn from their experiences. Additionally, Freeman recommended that companies make sure they understand the specific opportunities and gaps in the marketplace they can aim to fill with digital.

“Doing your homework, interviewing other companies, and maybe doing some visits to those that have invested in that technology — I think there’s a lot to learn from those who have been through it,” Freeman said. “Usually they’ll have some very good advice for things to look out for.”