One of the country’s oldest pressure-sensitive label companies, Richmark Label was established over 70 years ago, and now resides in its third location, in Seattle’s historic Capitol Hill neighborhood. It manufactures a wide variety of prime labels for customers in all 50 US states. 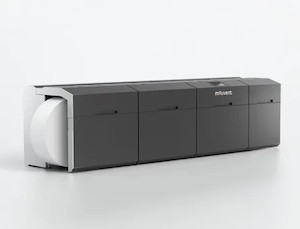 In October 2020, Richmark invested in two BOBST digital label presses – an LB701-UV and an LB702-UV – to replace its original, and aging presses. The plan was to replace the existing presses with presses that could deal with its short runs and handle much longer runs that were being run flexographically. Bill Donner, Richmark Label’s president, looked at a number of options before choosing the BOBST presses. According to Bill, the presses had the best combination of quality, speed, and price of anything he had seen – without the drawbacks he definitely didn’t want.

“Our average job order was about $1,000, so we needed an efficient, cost-effective press for our current short runs and one that would also be right for the longer runs we wanted to transfer from our flexographic presses. We chose the LB701-UV and LB702-UV presses and were so impressed that we bought two more a year later.”

“The print quality is every bit as good as we expected and the ease with which our people were able to learn to operate them has been even better than we expected. The set-up time, which is critical for short-run orders, is excellent and the press speed for many orders is unbelievable,” Bill said.

Wholly developed and owned by BOBST, the digital inkjet technology powering the LB701-UV and LB702-UV delivers a high native resolution of 1200 x 1200 dpi. In addition, they afford Richmark fast and easy industrial label production, allowing them to print on a wide range of substrates including paper, self-adhesive and flexible materials, proving more efficient than even the most cost-effective traditional processes.