After nearly a year contesting the countervailing and anti-dumping duties placed on aluminum foil imported from China that stemmed from a U.S. International Trade Commission (ITC) investigation, the Flexible Packaging Association (FPA) is now seeking to combat the new aluminum tariffs introduced by President Donald Trump. 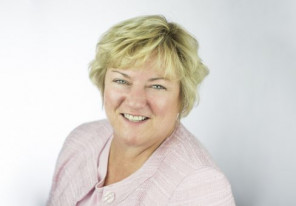 Alison Keane, president and CEO of the Flexible Packaging Association

According to Alison Keane, president and CEO of the FPA, these duties and tariffs that are being imposed on aluminum are of particular concern to the flexible packaging industry because much of the thin grade aluminum foil used in flexible packaging applications is imported from China. Multiple market segments, including pharmaceutical, medical device and food packaging, rely on this foil that measures .0003˝ in thickness. Keane explains the material provides an ideal barrier against oxygen, light and bacteria that can cause potential harm to the product inside.

While the 10% tariff proposed by Trump provides just the latest increase on aluminum from overseas, Keane explains that there are already countervailing and anti-dumping duties from 16% to 140%, given the recent decision from the ITC. The concern among flexible packaging converters in the United States is that only a small fraction of aluminum foil manufactured at this thickness is produced domestically.

“For food packaging and medical device packaging, even if there was a better substrate to prevent oxygen, light and bacteria, which impacts food freshness and medical device sterility, it can take two to seven years … to get the FDA to approve your substitution,” Keane says.

Keane explains that as a workaround to these duties, some converting jobs are being moved outside of the U.S. Since the duties are not applied to aluminum that has been implemented into a final product, in some cases, she explains that it is less expensive to conduct package converting elsewhere, and then import the completed product into the U.S.

“What’s happening is folks are moving converting jobs out of the United States,” she says. “They’re either moving them offshore if they’re global companies — and why wouldn’t you to continue to save money and save money for your customers — Or, if they’re not global companies and don’t have that ability, they’re losing jobs to competitors in Canada, Mexico and in Europe.”

Throughout its fight against the duties and tariffs being imposed on aluminum, Keane says the FPA has established a strong group of political allies on both sides of the aisle. With these allies, Keane says the FPA has worked toward creating a strategically worded exclusion, which could shield the industry from the impending tariffs.

“It is made in the United States but it’s nowhere near the amount we need,” Keane says. “That was important to us because we didn’t want to petition for the exclusion and have them say, ‘No, it’s made here.’”

Another important aspect for the FPA in working toward achieving this exclusion is providing association members with the information they need to advocate for their own individual businesses. Keane explains that since the FPA itself is not a packaging manufacturer, the association will not be able to advocate for the exclusion as an affected party. However, she says that the association can be a strong resource for converters in pleading their case.

“What I think we’ve done is position the membership really well in the fact that we’ve been so involved in the ITC case over the last year that we have a ton of information in our petitions and our response to pleadings that we can package a very good petition for the exclusion that the members can use, adding their individual company’s specific information and handing it in,” she says.

Legislation, Regulations, and an Election: What to Watch for in 2020

The Packaging Needs of the Cannabis Industry

Department of Labor Eliminates Printing Jobs From Statistics: What Does This Mean for You?

Flexible Packaging Industry Continues to Battle Back Against Tariffs