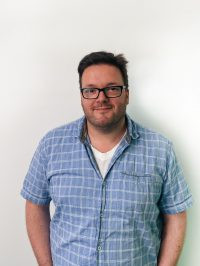 EyeC, a worldwide expert in vision systems for print image inspection and sample inspection, announced Dr. André Schwarz as its new director of marketing and documentation. In his new role, he will develop EyeC GmbH’s global marketing strategy and further expand the company’s position as a global market leader. Schwarz has been working at EyeC since 2015 as a technical writer and validation expert.

Schwarz (46) will take on the role of director of marketing and documentation effective immediately. The doctor of German studies started his career in journalism and the publishing industry. He worked until 2014 as an online editor and in the publishing house, later as a senior print and online editor in the department of falkemedia as well as a freelance editor and literary critic. There he was entrusted with various tasks in the areas of editing, production, PR, marketing, and communication. He also worked as a lecturer at the Philipps University in Marburg and the Lucian Blaga University in Sibiu (Romania) in the field of German language and literature as well as literature mediation in the media.

Schwarz has been a permanent employee of EyeC in Hamburg since 2015 and, thanks to his previous position in technical documentation and validation support, brings valuable expertise to further develop the company’s vision in all markets.