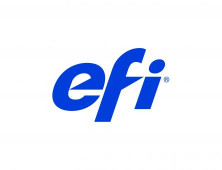 EFI revealed its third quarter results last week, along with some insight into its strategy moving forward in the label and packaging industries.

Per a press release issued by EFI on Thursday, Oct. 26:

In the release, EFI CEO Guy Gecht said he was disappointed with these results and is reassessing the company’s resources with a focus on where it sees opportunity — particularly in textiles and packaging.

According to a transcript from Seeking Alpha of a conference call hosted by EFI to discuss the results, Gecht explained that the company expects to spin off its inkjet label printer line, while maintaining the intellectual property and ink assets at the company.

“In comparison to some other inkjet markets we are targeting such as textile and packaging, the can for label is much smaller and a competitive landscape is much more crowded, as label printing is the easiest technical application in inkjet,” Gecht said in the transcript.

He went on to state that EFI has entered the late stages of a deal that will license the manufacture, sales and support of the inkjet label line to others in the industry.

Though Gecht made the announcement that EFI would be shifting away from the label segment, he did express positivity and excitement surrounding the company’s single-pass, direct to board, digital corrugated press — the Nozomi C18000. Gecht stated that Hinojosa, a corrugated converter in Spain, is seeing success with the platform and the first U.S. installation of the press is on track at Complete Design and Packaging in Concord, N.C. Gecht also stated an installation is scheduled in the Asia-Pacific region, along with a second in the U.S. However, those customers wished to remain anonymous for the time being.

“We’re particularly gratified to finally see the results of our years of investment in this great new opportunity,” Gecht said in the transcript. “We have the foresight few years ago to begin investing in the corrugated packaging segment because we were confident it will be the next and potentially the most significant opportunity for industrial inkjet and it’s great to hear our customers validate that strategy and tell us we made the right choice and executed on this path.”

Economy Watch: How to Protect Your Business in This Time of Uncertainty

Where Packaging Fits in the Top 25 Hot Markets for Printing

Promoting Growth and Increasing Valuation with Investment in Technology

How to Use Cash Management Levers During Crisis Management
END_OF_DOCUMENT_TOKEN_TO_BE_REPLACED
Jobs
Defiance, OH