David Hill, Founder and Co-Owner of The BoxMaker, Passes Away 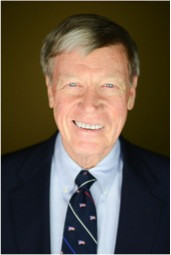 David Hill, founder of The BoxMaker.

The BoxMaker has announced with great sadness that David A. Hill, founder and co-owner, died on Sunday, June 16, following a prolonged illness. The thoughts of The BoxMaker’s coworkers are with Hill’s family.

Following a successful career in the United States Military, Hill sought his next opportunity in sales. He investigated the life insurance business first. “I interviewed with one life insurance company. The way it worked was you were given a list of products you could sell, and you couldn’t change anything to adapt to a customer’s needs or the environment,” he said. Hill wanted something different, something with more potential for growth.

It was this desire to serve clients with custom solutions that led Hill to the packaging industry. “What fascinated me with the box business is that you’re selling a product you can influence. You can take something — anything — you can bring it into our store, and I can change it somehow.” Hill began his career in corrugated as a sales representative for Boise Cascade, and eventually went on to manage its Wallula, Wash. box plant. In 1981 he relocated his family to the Seattle area and founded The BoxMaker with his business partner and co-owner, Dave Taylor.

Hill’s drive for innovation became the company’s mantra: “Do Something Different,” which has remained a major strategy for The BoxMaker throughout its history. For 38 years, Hill had a passion for packaging. He loved working with people, both those that worked for him and the customers he called upon. His dedication and hard work laid the foundation for a company that today employs over 180 people across seven facilities throughout Washington and Oregon, enduring as a living legacy of Hill's many years of hard work and dedication.

Outside of work, Hill loved spending time with his two children and four grandchildren, and fly fishing the many beautiful rivers of the Pacific Northwest.

"Dave will be deeply missed by everyone at The BoxMaker as well as many of our customers and suppliers,” states Richard Brown, president. "He was the father of our business and often the first smile visitors would receive at the office. Our sincerest sympathies go out to Dave’s family and friends.”

A public memorial will be held for Dave Hill in the near future. Details will be posted when available at www.boxmaker.com/Dave-Hill.

How To Leverage Machine Vision

The Road to EPR ‘Taxes’ Is Paved with Good Intentions