Asahi Kasei Appoints Gene Martin as Agent Representing Its Products in the U.S. 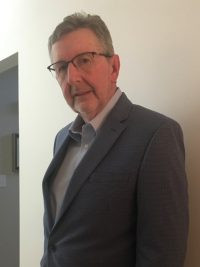 Asahi Photoproducts, a leader in flexographic photopolymer plate development,  announced that long-time Asahi customer and senior industry expert Gene Martin has been appointed to represent the company and its products in the United States. Gene has been in the flexographic industry for 40 years, the last 30 of which were with a major provider of flexographic services, where he rose from Graphics Division Manager to Plant Manager. As plant manager, a role in which he served for nine years, Gene and his team completely reinvented prepress at the company, moving from solvent-based flexographic plate making to Asahi AWPTM CleanPrint plates that use a water washout process and deliver cleaner plates that require fewer press stops for plate cleaning, resulting in a solvent-free platemaking department. In addition to being more sustainable, their faster processing time increased platemaking capacity by 33% and improved overall quality. Gene has also served on the FTA board for six years as well as serving on the FTA Scholarship Committee from 2006 to 2019. In those volunteer roles and others, he earned market credibility and built a good network of U.S. flexo operations.

“Ten years of successful printing with Asahi AWP CleanPrint water-wash plates has led me to this new role,” Martin said. “Based on that experience, these are products I truly believe in. I am proud to be on the Asahi team and look forward to working with them and sharing my experience with the U.S. market about the value of these plates, in terms of productivity, profitability, time to market, and importantly, sustainability.”

As Asahi’s agent for the U.S. market, Martin will be working directly with Asahi customers in partnership with distributors in the United States to provide value-added services to both Asahi’s distributors and their customers. This includes providing color management best practices and procedures for all U.S. customers, working with potential customers to understand their current printing process and provide plate specifications to Asahi distributors for print trials, and addressing all customer complaints and resolving any plate-related issues. He will also act as an advocate for Asahi AWP plates, promoting their platemaking and printing attributes, with an overall goal of increasing Asahi’s U.S. market share.

“We are absolutely delighted to welcome Gene to our team,” said Yuji Suzuki, development & technical adviser for the U.S. “It was a pleasure working with him during his previous company. We appreciate the thorough due diligence he did during the process of revamping the company’s platemaking department. That knowledge, and the experience he had since implementing AWP water-washable plates, gives him great credibility as he is out in the marketplace meeting with customers. We are delighted that he is working with Asahi in this role!”

Asahi AWP CleanPrint water-washable flexographic plates are processed without VOC-based washout solvents, use less energy in the production process and deliver a faster time to press than VOC solvent-based plates. Asahi´s CleanPrint water-washable flexographic photopolymer plate technology’s ability to deliver high-quality print performance is a result of its engineered photopolymer chemistry design. The water-wash technology also features a low surface energy plate resulting in fewer press stops for plate cleaning for significantly improved OEE in the pressroom and reducing press waste. All of these elements make them the most sustainable flexographic plates in the industry. In addition, AWP-DEW CleanPrint plates deliver extremely high-quality print due to their precise registration and ability to deliver perfect printing balance between highlights and solids.